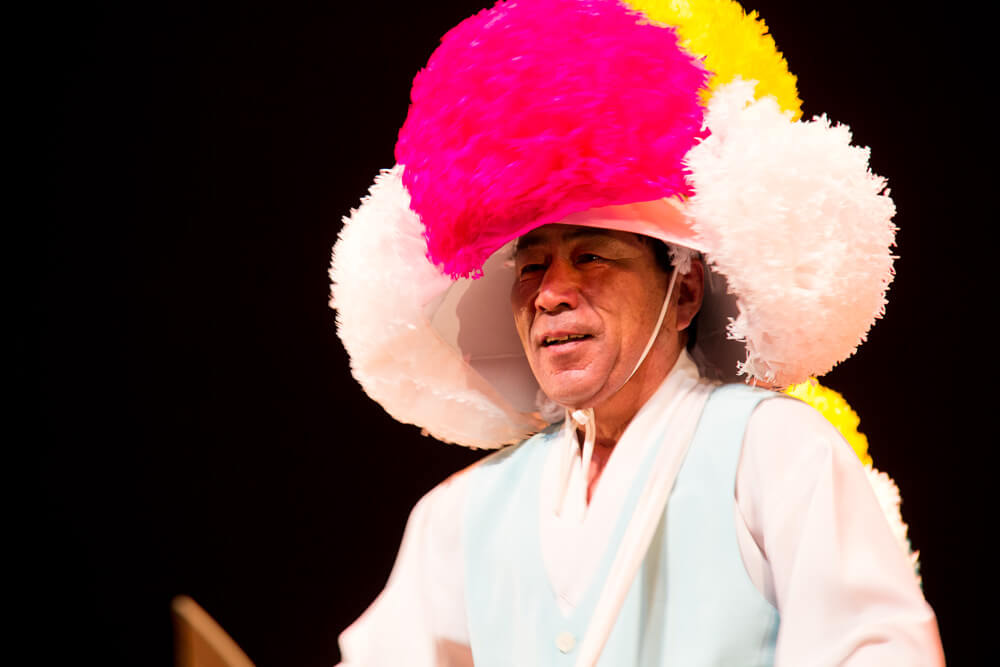 Our first stop on our group tour was a Korean Folktales Performance in Jindo. This was the opening ceremony for the Miracle of the Sea Festival. We really had no idea for what we were about to get into, it had its ups and downs. It would have really been helpful to be fluent in Korean for most of it!

The show started with a woman in a traditional Korean hanbok dress who was conducting the audience in singing the Jindo Field Song. We heard this song about 50 times in two days, you couldn’t help but get it stuck in your head even if you had no idea what you were singing.

The best of the show was the beginning with a group playing the traditional jango drums. Their hands were moving so fast from either side of the hourglass drums you could not believe how they were doing it. This truly was the most mesmerizing and best part of the entire show. 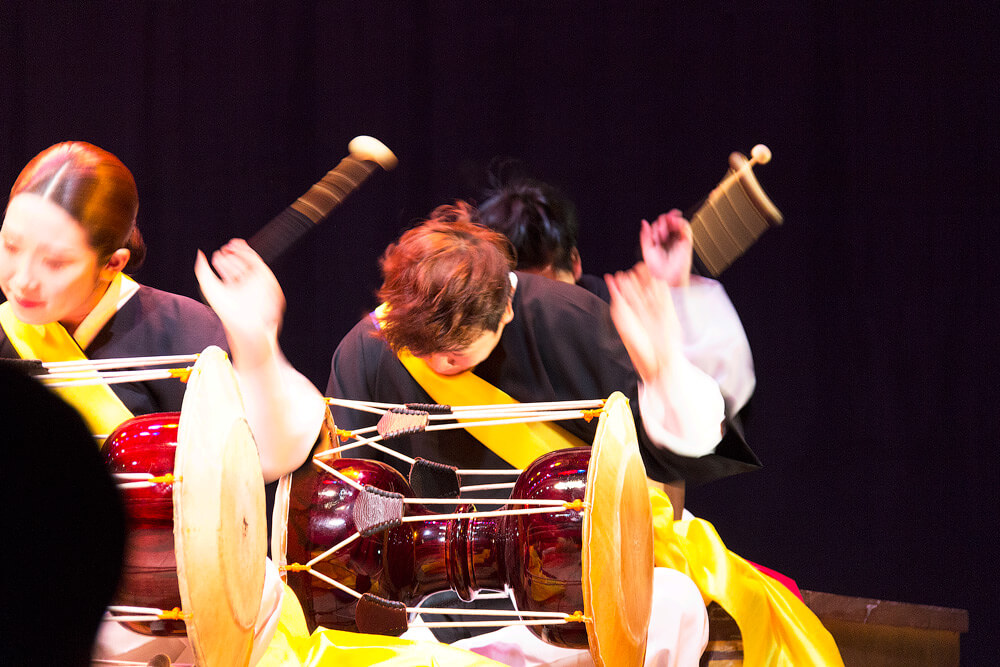 The Korean Folktales show quickly went downhill mostly because of the language barrier. We could not understand what they were singing or acting out. We saw a traditional Pansori performance which is a lady singing which felt like she was screaming at you while someone else played the drums. 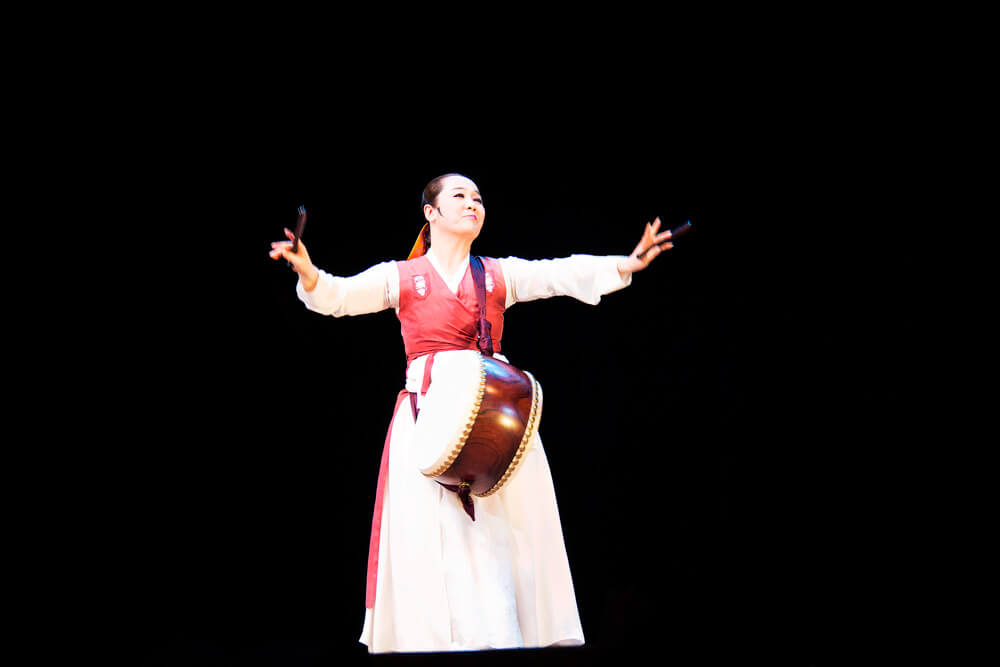 There was also a play of the famous Korean folktale of Hungbu and Nolbu. All we could sort out was there was a cranky old man with a crazy hat on. Photos were forbidden during this part of the show and the foreigners who didn’t understand Korean were about to fall asleep.

Learn more about the story of Heungbu and Nolbu here (plus a fun bonus-coming soon.)

The show ended with a Ganggangsullae performance which is a circle dance. This was eye opening only because all of the members performing were wearing these fancy spinning tassel hats. You couldn’t help but admire these crazy hats and this woke the audience back up. 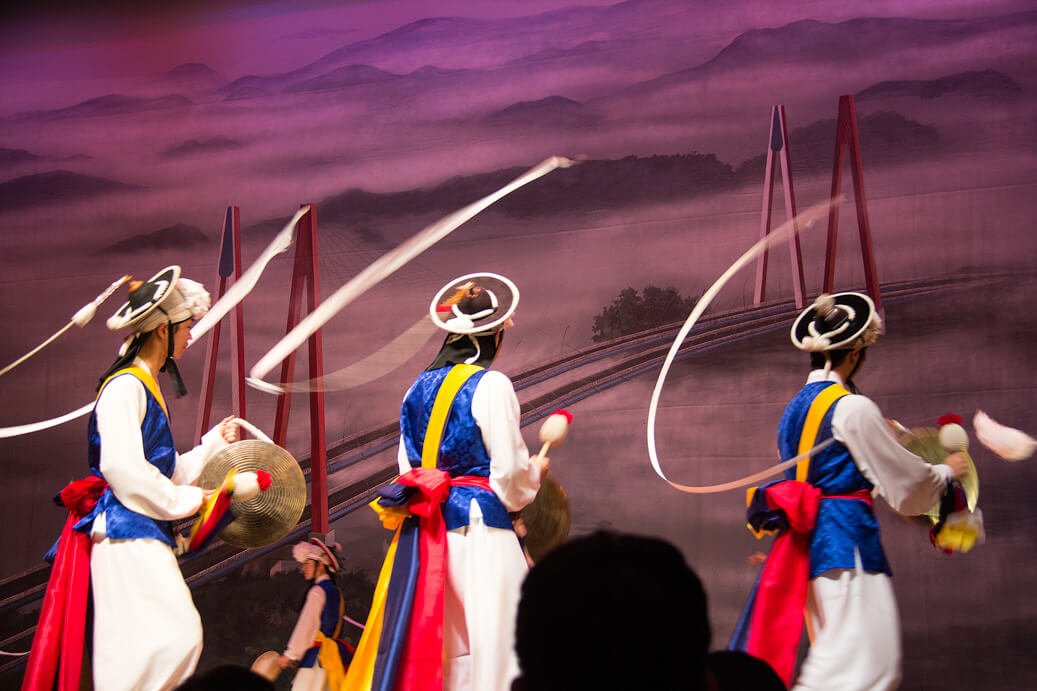 At the time, we wished we only saw the first and last performances because of their splendor and the others were quite frankly a snooze. But, we are glad to have experienced the culture and tradition of Korea.

After the show, they put on an interactive dance for the audience outside. Where everyone was able to participate in a circle dance. We were late to the action and was only able to snap a photo after most of the people had begun to leave. But it gives you an idea of how many people were there. 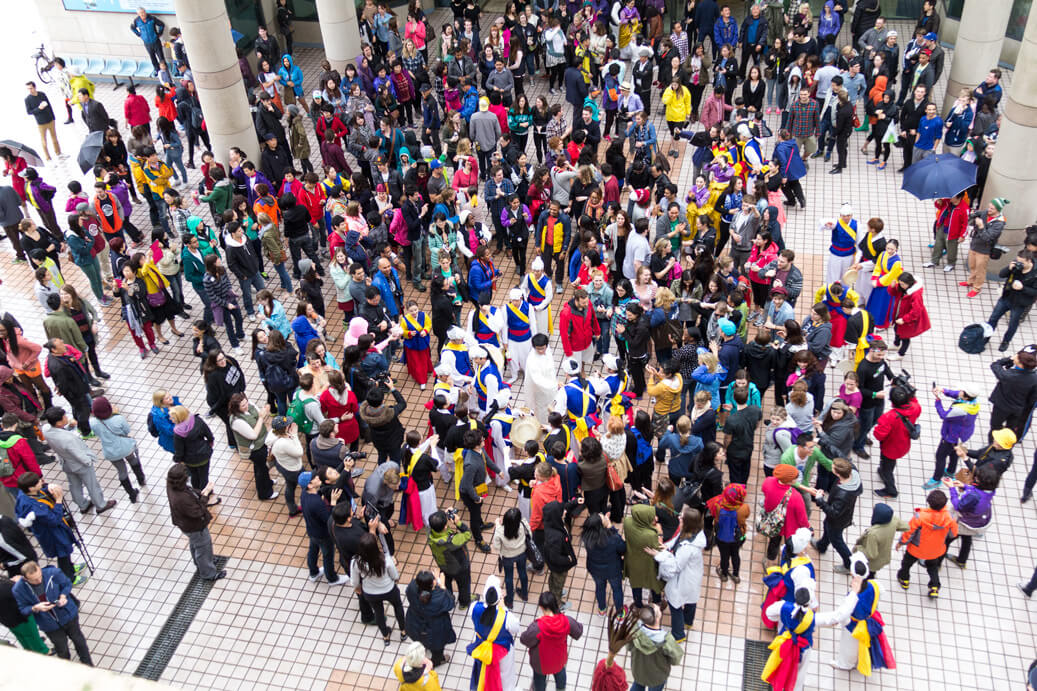 The Hilarious Translation of the Traditional Korean Opera! – Coming Soon

Have you been to a traditional Korean Folk Show/Opera? If so let us know about your thoughts in the comments below.

Beginning and End were great, but the rest. Ehh

Doesn't get much more cultural than an opera.

We may never do it again, but glad we did.