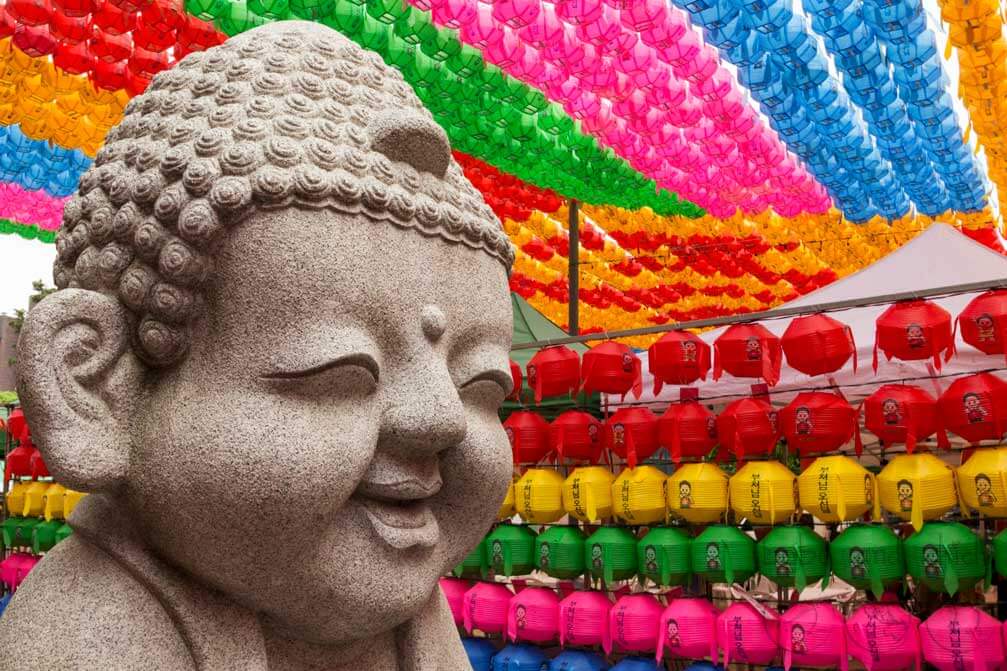 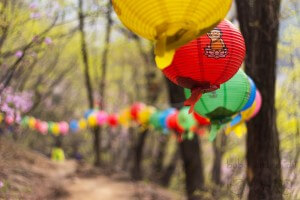 During mid April through mid May Korea gets decked out with colorful lanterns to celebrate Buddha’s birthday on May 5th. You can see lanterns in many areas of Seoul throughout the streets, but especially at the Buddhist temples. Even hiking through mountains of Bukhansan you will see lanterns creating a pathway through to forest to the temples.

Seoul’s two most impressive displays of the colorful lanterns for the Buddha’s Birthday are at Jogyesa temple and Bonguensa temple.

Jogyesa Temple is located in one of our favorite areas, Anguk. From here you can easily walk to Bukchon, Insadong, Gyeongbokgung, and Changedokgung Palace. We were able to sneak a picture from the top of the building at Jogyesa temple and look down on the display of lanterns. 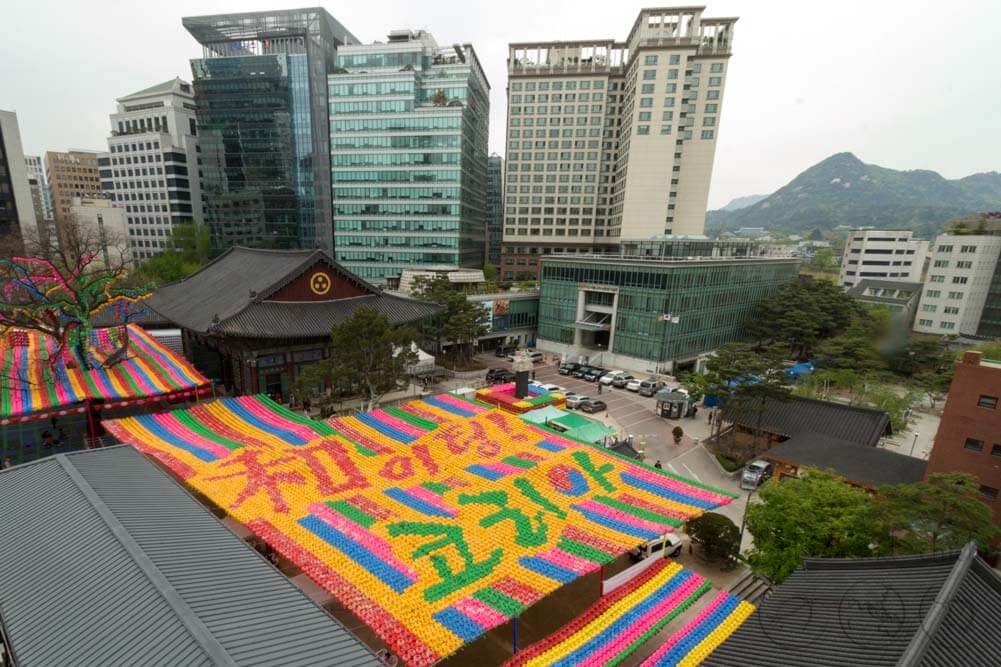 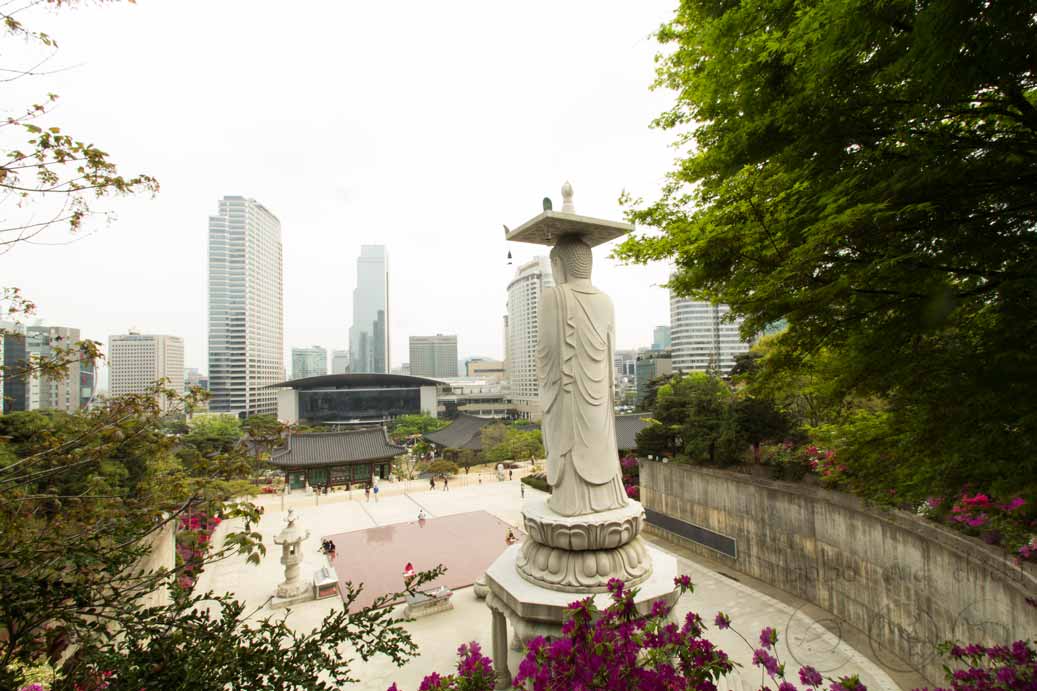 The Lotus Lantern Festival also hosts a parade, traditional cultural events in Anguk, opening and closing ceremonies, and a Dharma service. We were most interested in seeing the thousands of lanterns used at each temple. We thought the lanterns were colorful and exciting, it will be sad to see the lanterns taken down even in our own neighborhood!

Sadly, having gone to the temples a week before the Buddha’s Birthday to get some comparison shots of day and lit up, we ended up not being able to go due to Scott’s work. His company was bought out and things changed alot during the that term. So we initially thought to can the post, but have instead just published it a bit late. Check below for our photos.

From Anguk Subway Station (line 3)
Exit 6 –walk until the first major street intersection and turn left. Cross the street and you will see the entrance of the temple.

Did you go to the Lotus Lantern Festival or a temple for Buddha’s Birthday? Tell us about it in the comments section below!