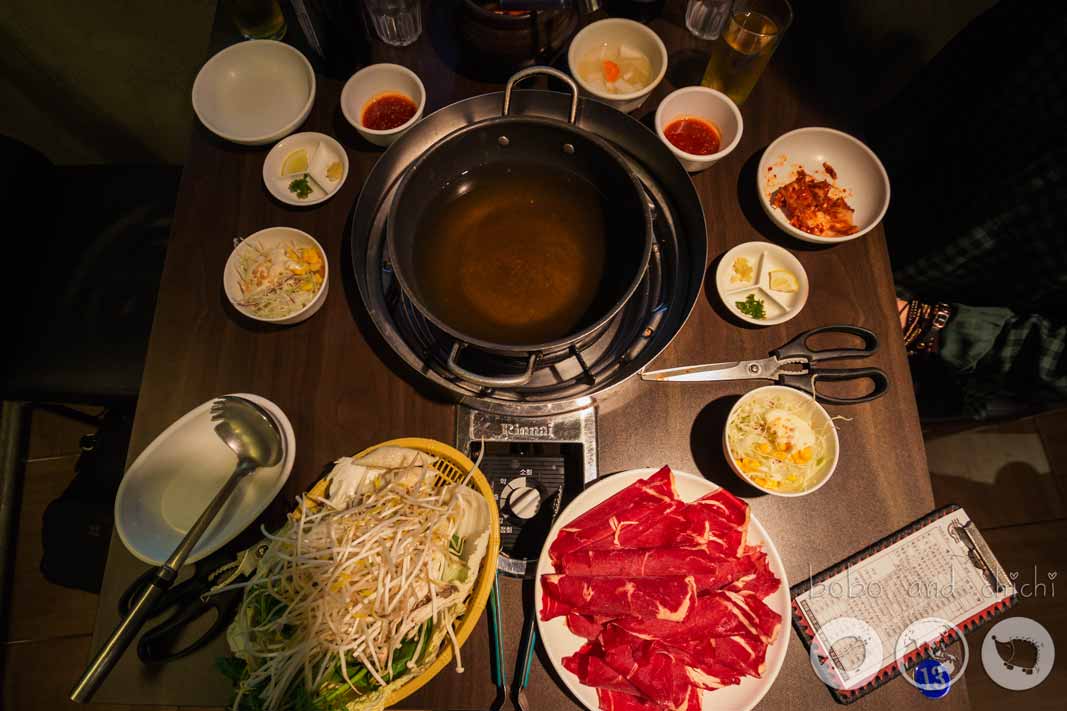 T his week’s tasty Tuesday is Korea’s take on the beloved Japanese dish, Shabu. We are lovers of shabu and used to eat it regularly back home. We knew we were heading to the right side of the world to enjoy this favorite dish of ours.

We have had shabu a few times in Korea now, the first time we had it we were disappointed because it wasn’t exactly how we were used to it. What we love about the shabu restaurants in California are the dipping sauces. In Korea, the dipping sauces are pretty basic and pretty much just a soy sauce you can add garlic, wasabi, and hot pepper too. But after getting over how it was supposed to look and be like, Korea’s take on the dish is just as delicious. 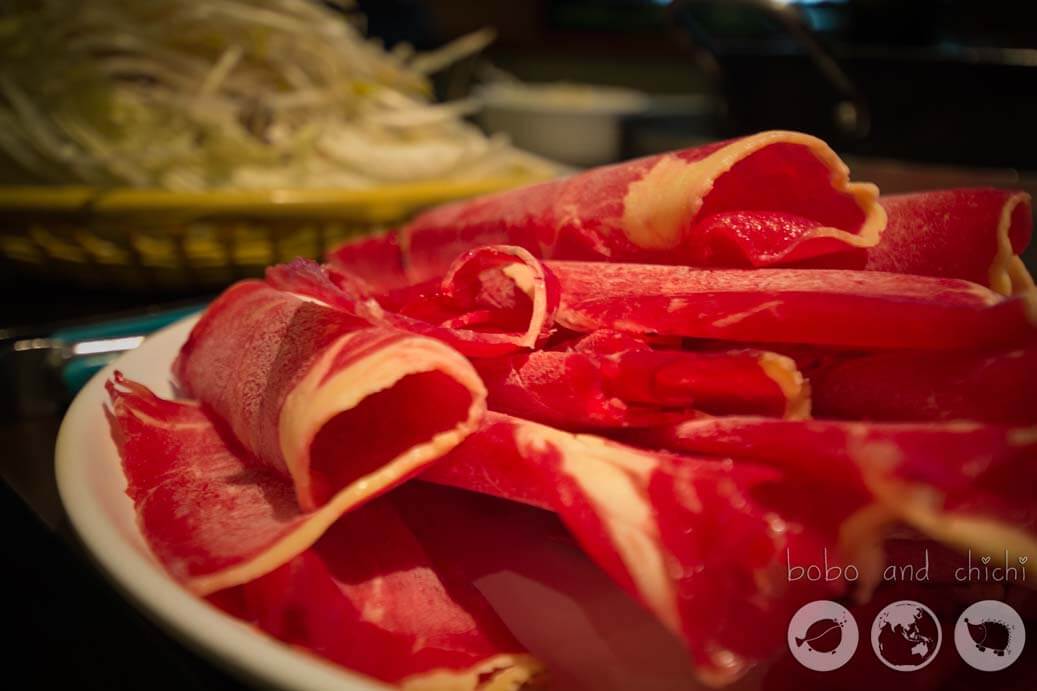 We ordered a beef set that comes with paper-thin sliced beef, mixed vegetables, home made noodles, and the staple Korean side dishes, kimchi, and a small salad. 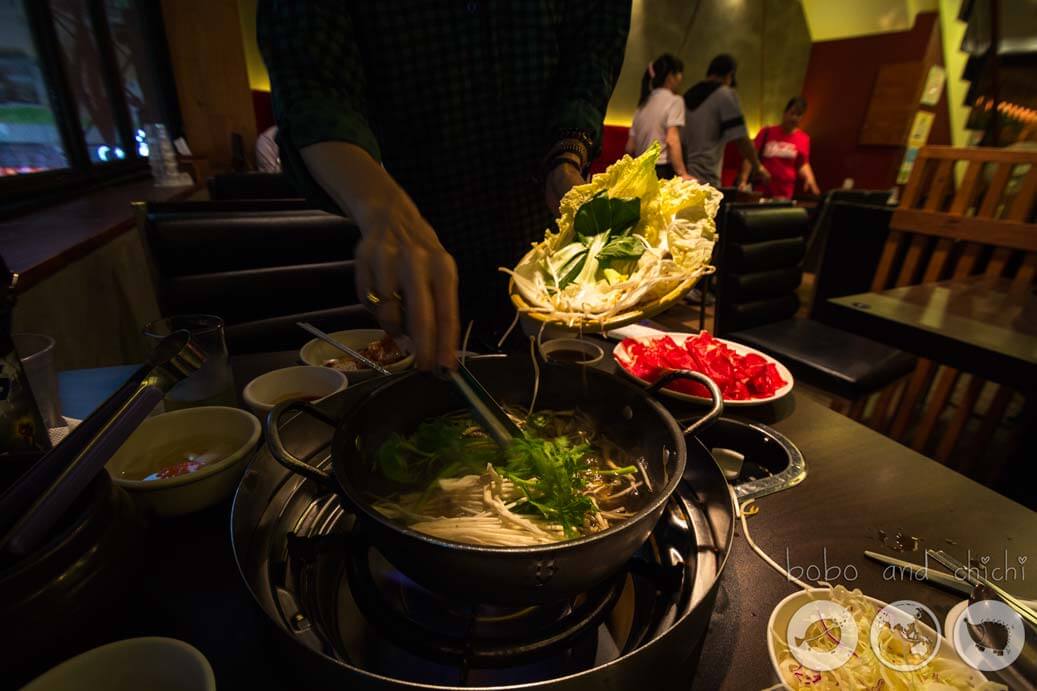 We are used to cooking one piece of meat at a time in the boiling broth with one vegetable. In Korea, the server will often come around and dump all of your veggies and meat in the broth. Once you have eaten most of the beef, then it is time to add the noodles. The noodles only cook for a brief time before it is time to start scooping it into your small personal bowl. 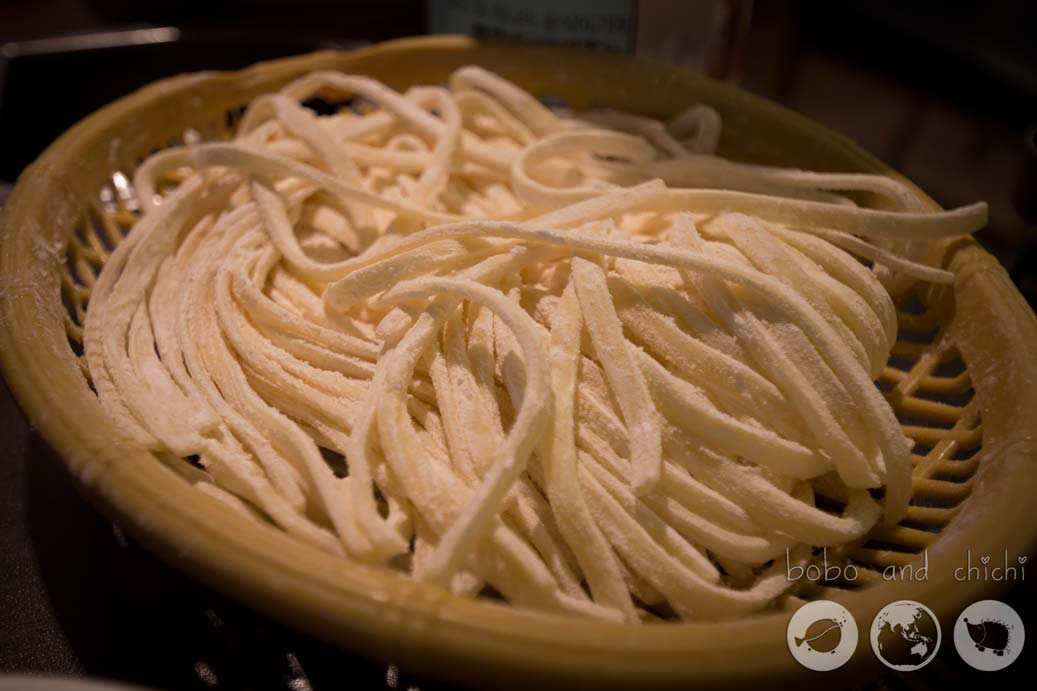 The noodles and soup broth have to be our favorite part. The beef is delicious, but the end of the meal when you serve up the soup is absolutely scrumptious. You never leave shabu hungry. 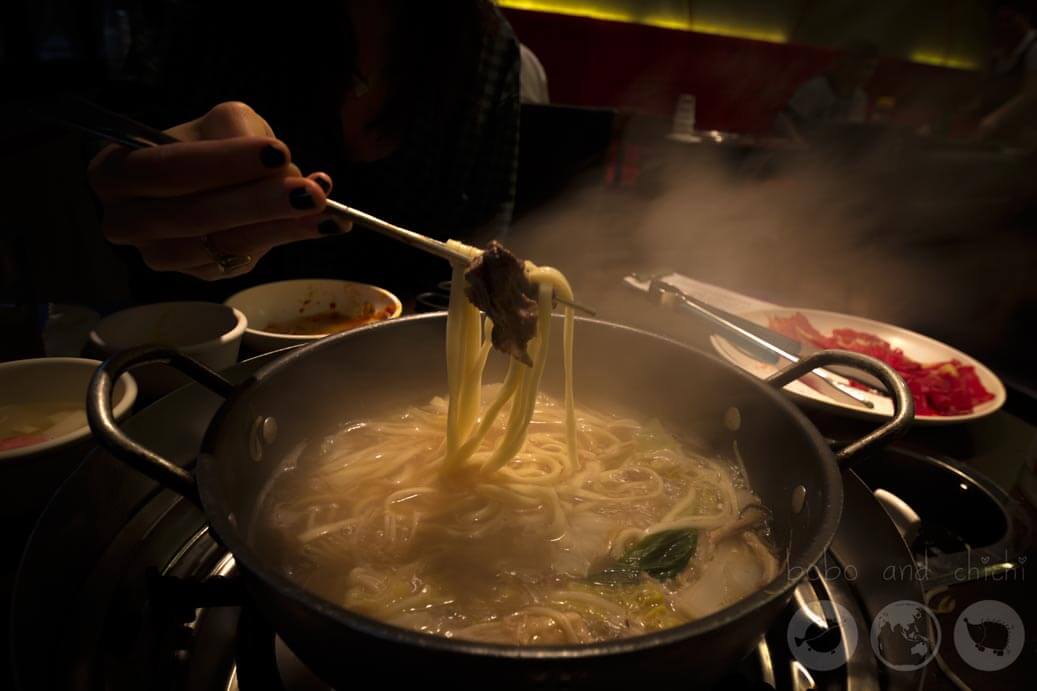 Overall, Korea’s take on shabu isn’t what we originally thought it was going to be. But, we’ve really grown to love it. The sauces are not as delicious as what we were used to, but the noodles and the soup at the end really top the charts. There are even all you can eat shabu places and restaurants that serve a delicious pan vegetable rice medley at the end as well. You need to grab some Korean shabu while your visiting! 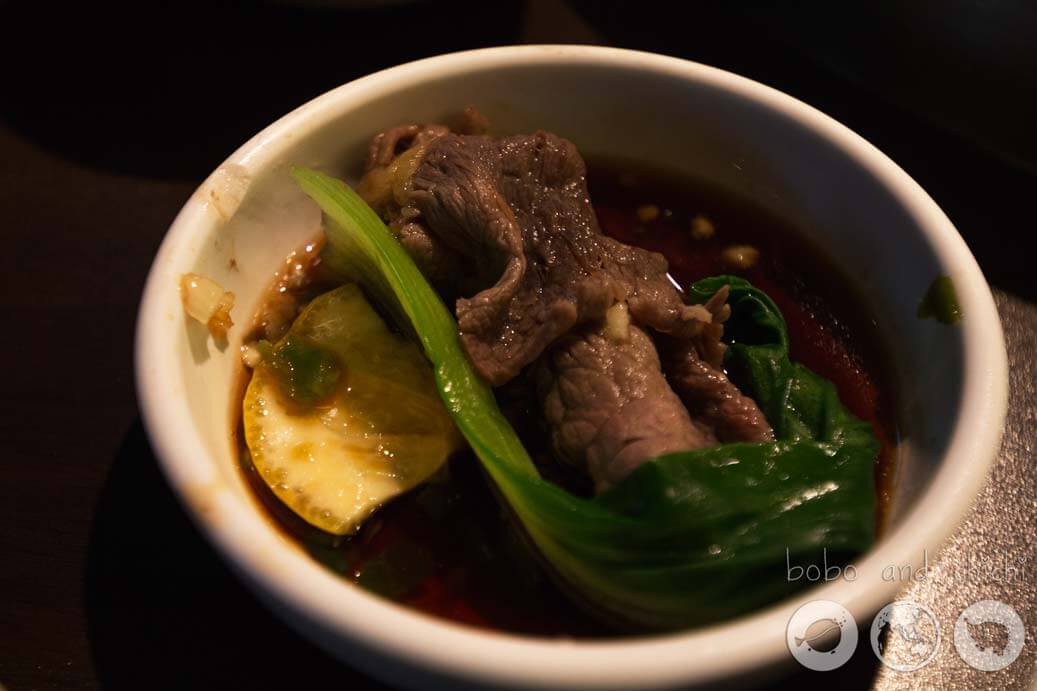 If you feel like having some of this delicious Shabu while shopping the streets of Myeongdong here is a map on its location. You can also visit their website to see other locations.