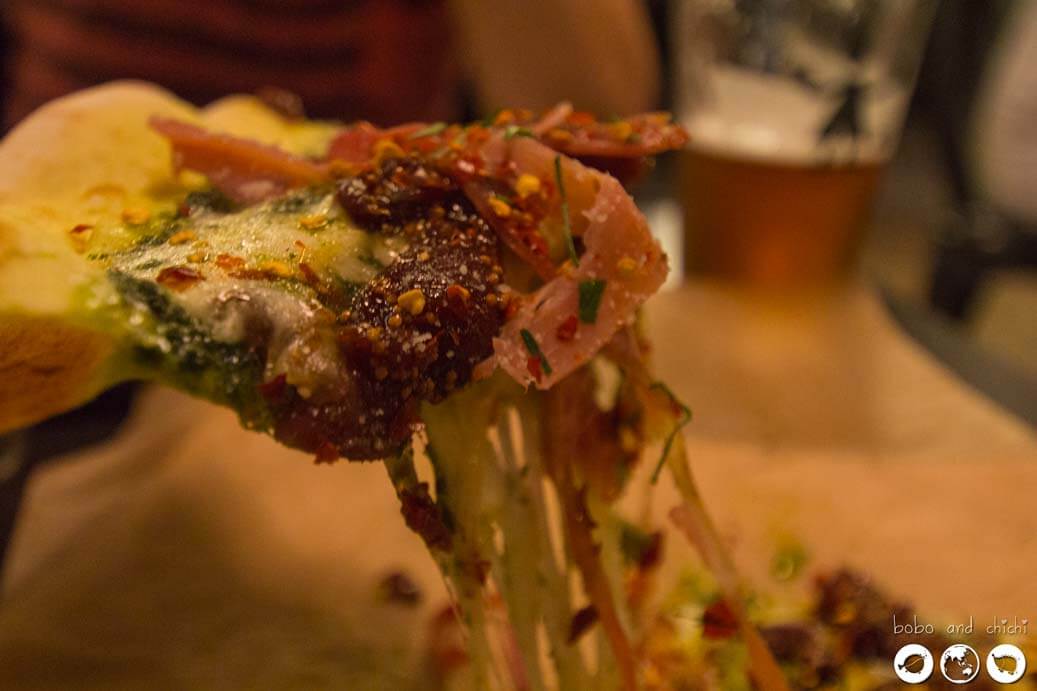 This week’s Tasty Tuesday is crowned to delicious pizza and craft beer from Battery Park in Dongdaemun. After spending the day at Dongdaemun Design Plaza (DDP), we really worked up an appetite. Anywhere that sells something other than Cass or Hite beer usually catches our eye. Battery Park has craft beer and an enticing atmosphere. 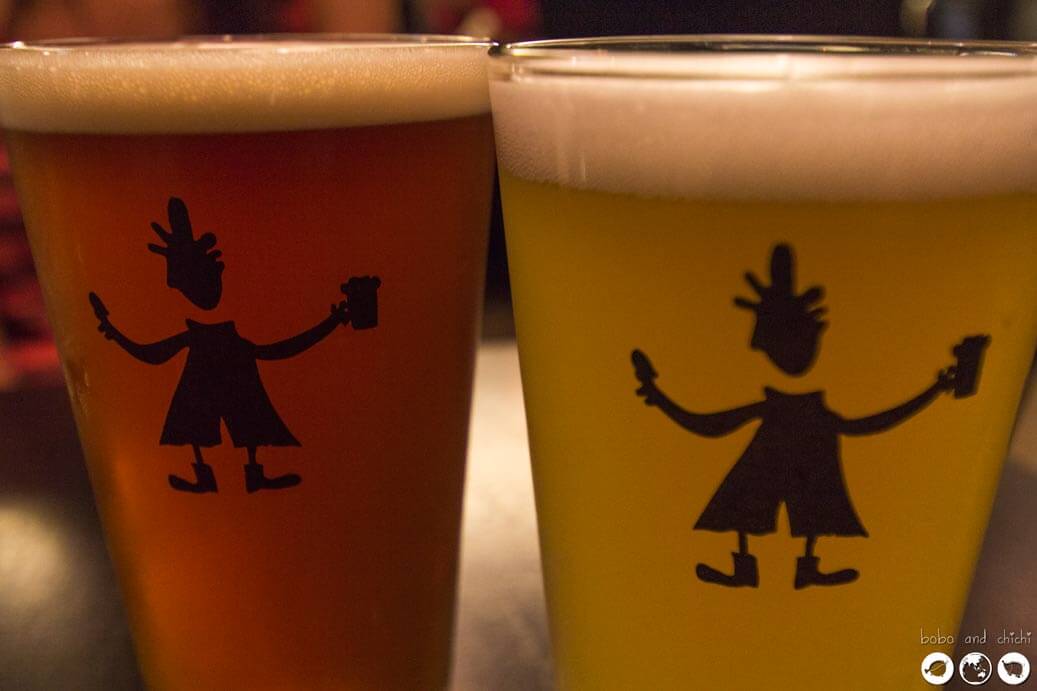 Delicious IPA on the left and Refreshing Hefeweizen on the right. 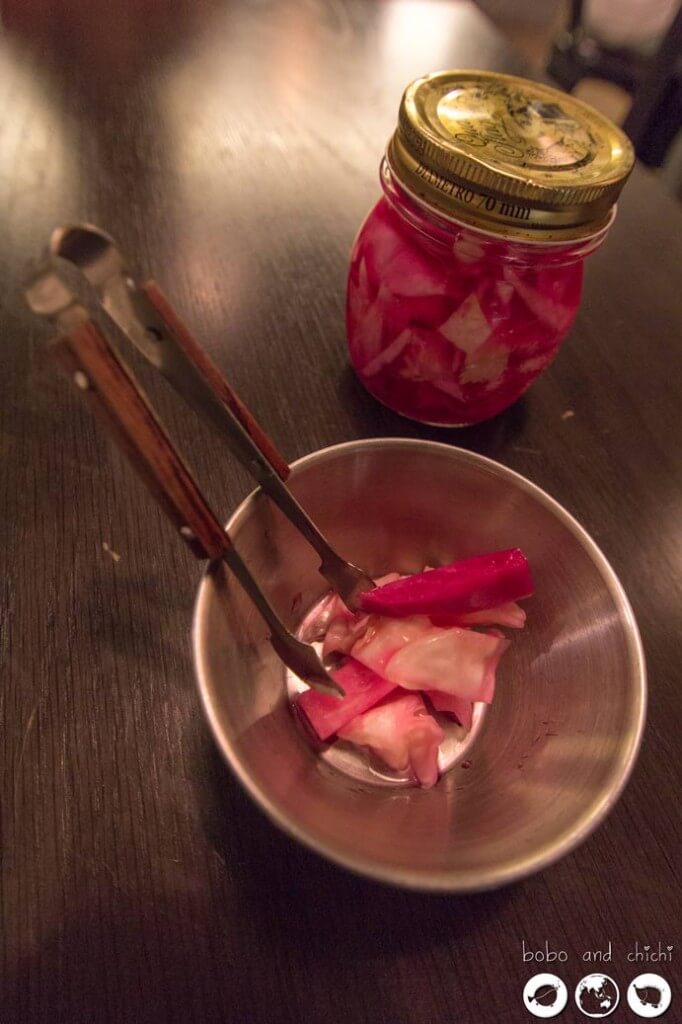 Their beer menu includes a few common staple beers like Guinness, but also a few craft beers. We tried the Battery Park IPA and the Batter Park Hefeweizen.  Our favorite was the IPA. While you are waiting for your dinner to come out you can snack on the pretty pink jar full of pickled radish.

The food selection had a few pizzas and some pasta dishes. We saw someone else order pizza and that is what caught our eyes. We ordered a fig and prosciutto pizza that was served with pesto and mozzarella cheese. The pizza hit the spot and the thin wood fired crust left us not feeling bloated and over stuffed when we left. 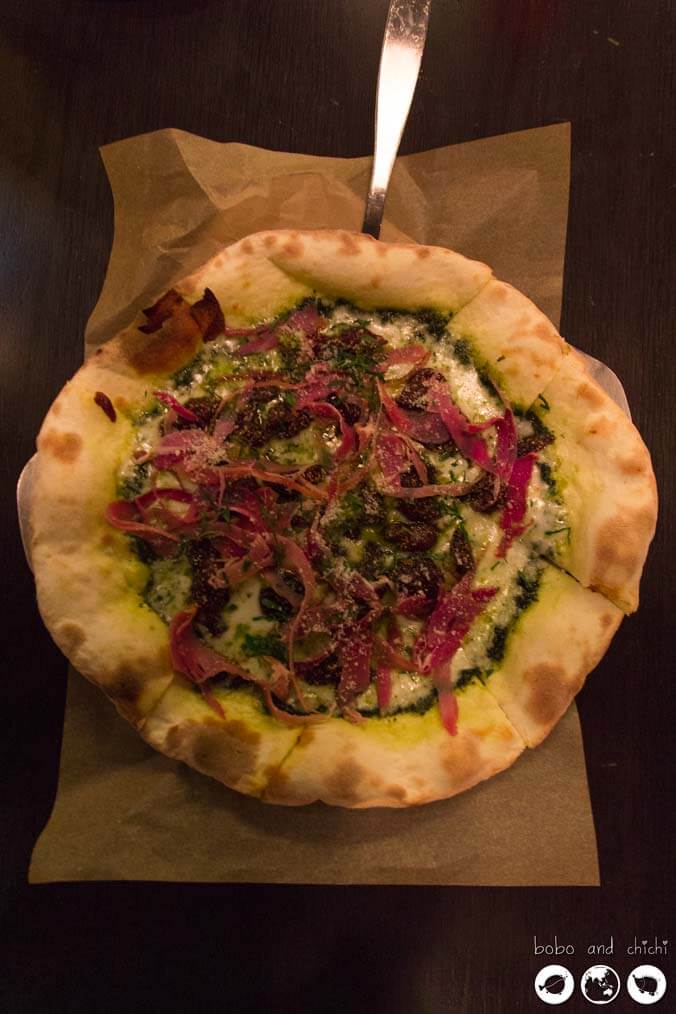 This is a great restaurant to sit down, relax, and have a cold one after wandering around DDP all day. Make sure you check out one of the pizzas! We want to go back and try the apple gorgonzola pizza. 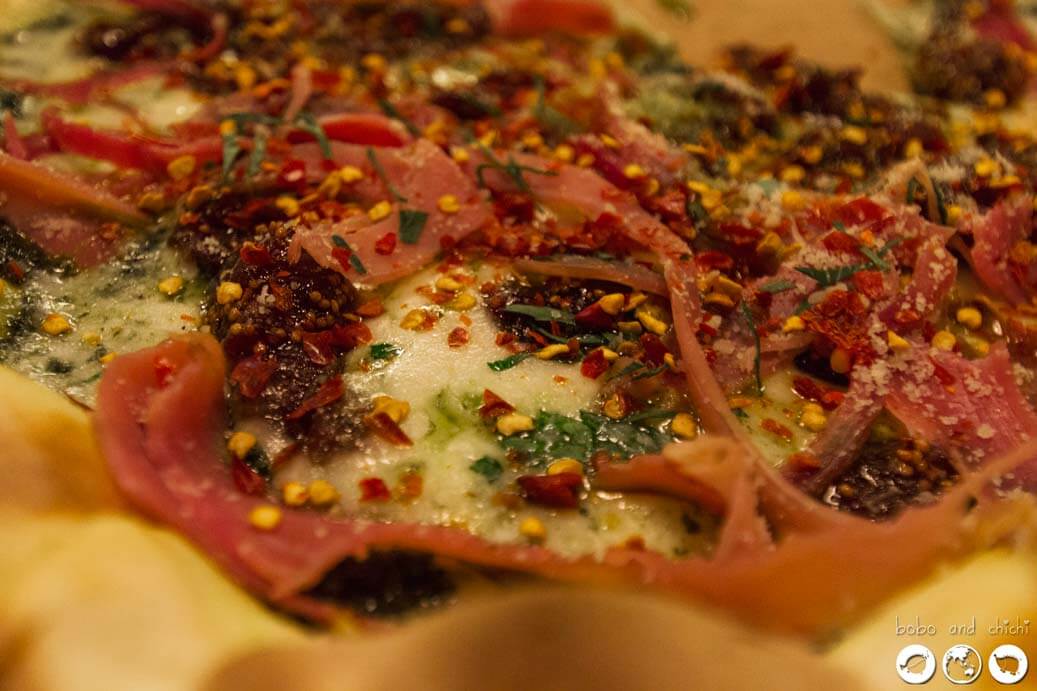 Battery Park Pizza has one of the best pizzas we have had in Korea. Our other favorite being Monster Pizza in Hongdae. Tell us about your favorite pizza place in Korea by sharing it below! Follow and Like us on Twitter, Facebook, and Instagram!