From the get go I was dying to shoot a time-lapse or walk with us in the super duper ridiculously pretty rice fields of Sapa in Northern Vietnam. Besides shooting stars I think this was at the top of my list. 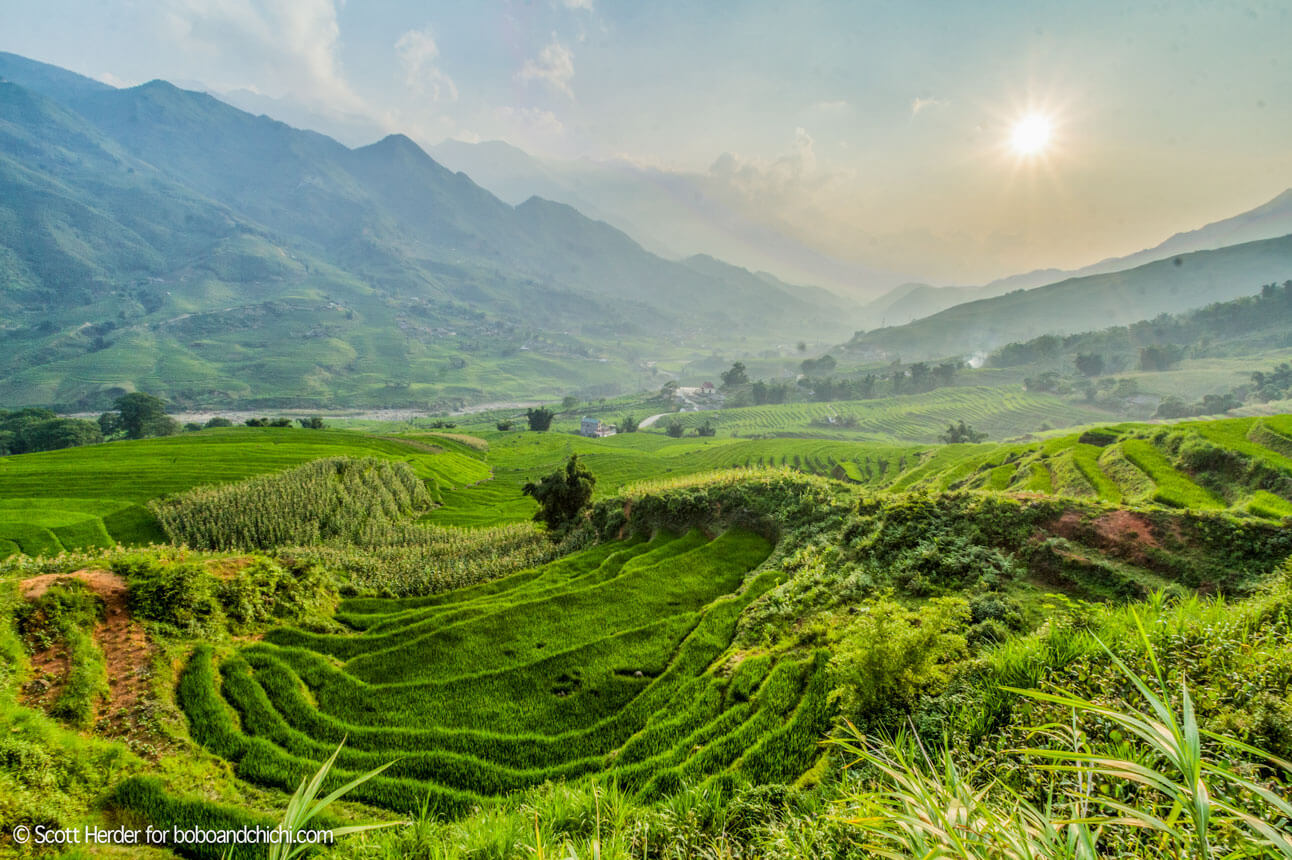 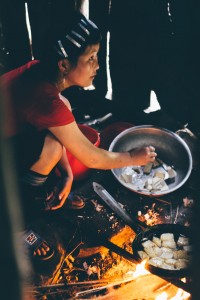 If there was a zombie apacolypse it would be these people that survive and thrive.

When we trekked four hours and arrived at the village in the middle of these rice paddy terraces I knew we struck pay dirt. The ladies who we trekked with said we could literally walk any and everywhere we want. Complete access and all the time in the world! SCORE.

We went to have lunch with one of our guide’s family who were amazing. The fact that they cook delicious five-course meals on an open fire with fresh food everyday in the middle of nowhere is mind-blowingly bad ass!

So, they got me super drunk off their rice wine. Then they were really excited and wanted me to take some photos of them. They repayed me the favor of taking photos of them with more drinks of course.

When we got back to our host family’s house we were staying at I blacked out. Megan bonded with Bau (our main host) and somehow the conversation turned into Bau (4’11”) letting Megan (5’9″) try on her traditional Black Hmong clothes. Needless to say it fit like a glove.

Once in a lifetime!

Since this was Megan’s dream come true she was excited as h-e-double hockey sticks. She woke me up and asked for a couple quick portraits. Still drunk I groggily took them, and realized the light was absolutely beautiful. So I asked if she was cool doing a “Walk With Us.”

To me the best part of the story isn’t the fact that our hosts got me absolutely wasted, or that Megan got to try on the amazing local clothes, but that the second we started one of Bau’s daughters decided she wanted to be next to us. THE ENTIRE TIME! That’s almost 300 photos!

We started off in the rice paddy and when we took the first photo, Bau’s daughter was standing in front of Megan but when I went to go take the photo she dropped down the ground to get out of the way of the photo. Which I thought was incredibly sweet by the way.

I don’t think the girl realized what she was getting herself in for. But nonetheless everytime I went to take a photo she would drop down intending to get out of the way. SUCH AN ADORABLE AND SWEET GIRL! It was a complete contrast to the girl who slapped Megan’s boobs and threw poop at her.

The part with her ducking down took about 20 minutes to make, she eventually exited stage right when the paddies opened up to a new area. She was delighted to see the preview on the camera but we are really excited to share with her the video when we go back which is hopefully next year for the change of colors in the rice paddies!

Here is the video.

If you want to see more awesome photos from Sapa or see how to book your own trip click here.

Where to Stay in the Catskills (Best Catskills Airbnbs)