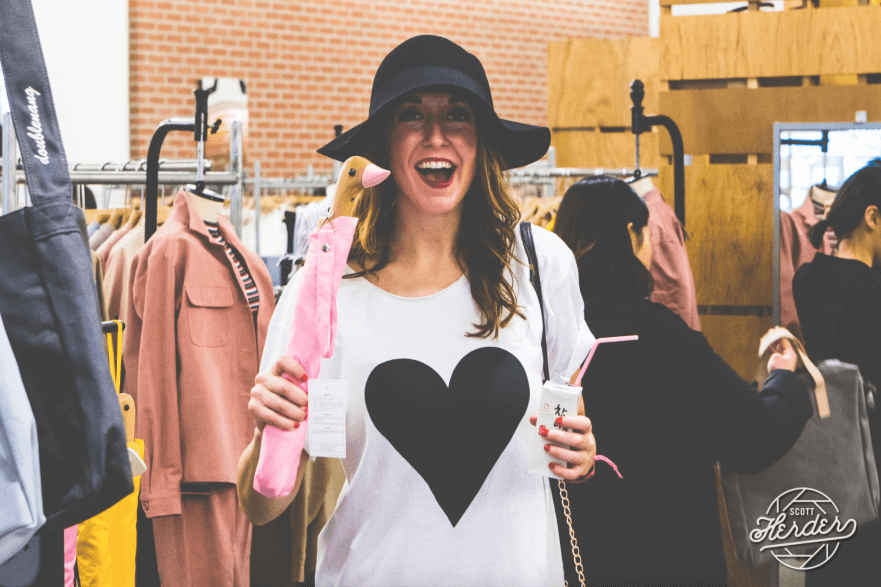 It’s week seven of my personal Hyper-lapse a week goal trying to get ready to land a professional job.

The hyperlapse videos are always fun to make. Some go really well and sometimes everything just kinda falls apart at every turn.

This Saturday was one of those days were everything kinda fell apart, but with some improvisation it turned into one of our favorites almost instantly.

We went to Seokchon after seeing a post in a photography group, (Flickers in Seoul) sharing the location. We thought it would be a good place, turns out it is great for stills but not so much for one of our moving hyperlapse videos. Working with what we had, we shot the first sequence with a few hiccups. I had Megan offroading in some dirt during the rain while she was wearing high heels. Megan’s heels were digging into the mud almost falling at every turn and it really just looked clunky the first couple tries. It took us about an hour to plan, and shoot the first 6 seconds of the video just because we had to redo it because I kept running into trees and she would fall walking. Whoopsies!

The only smart thing we did, was Megan brought a change of shoes, so she would only wear the high heels during the shoot and then some comfy cozy suede moccasins with some really cool Totoro socks the rest of the time. Smart, right? We thought so.

It started raining cats and dogs! I mean, serious rain. We waited it out for about an hour at a 7 eleven with some beers and it finally went away. But almost as soon as it went away and we were planning the next shot, it came back with vengeance. 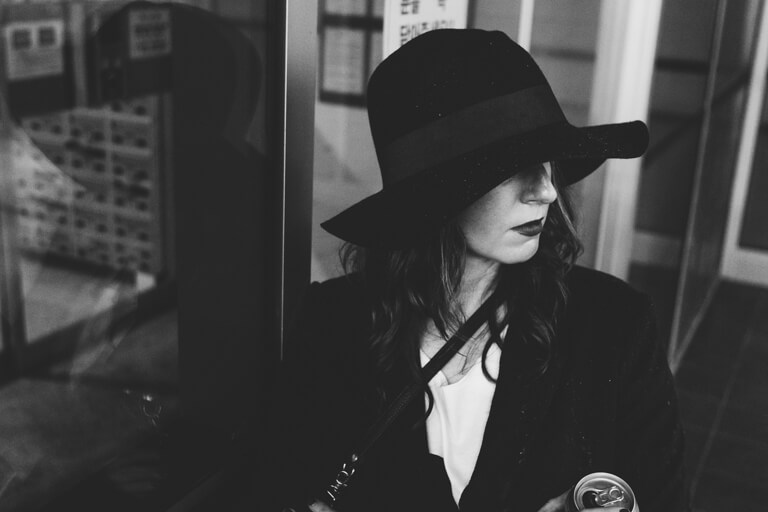 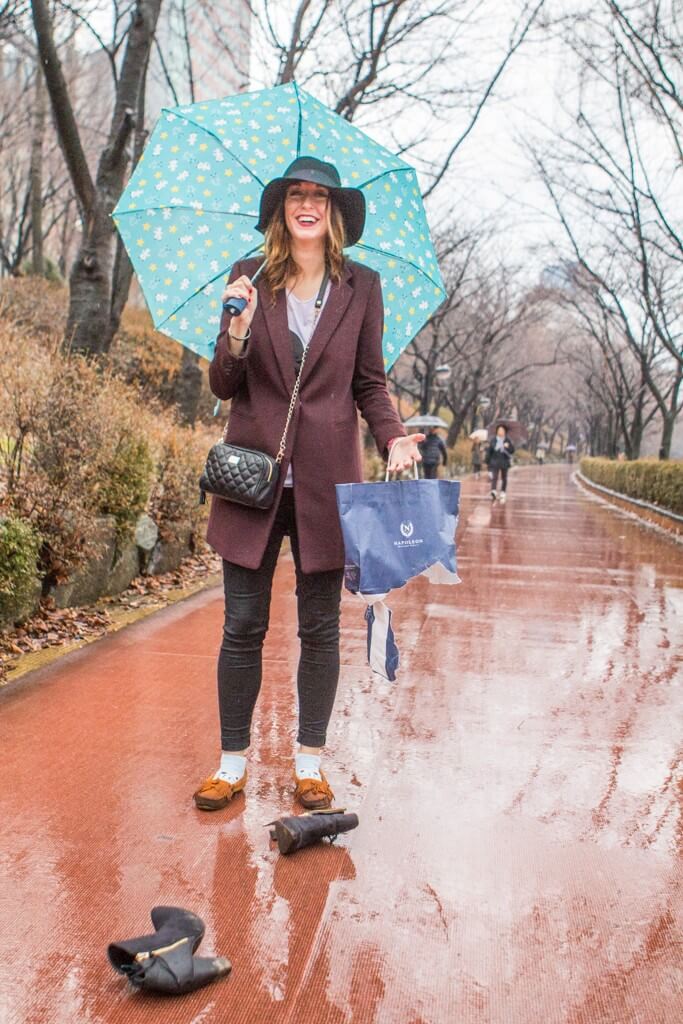 You have choices in life. Either laugh at things, or waste your time being angry about them.

So now both of Megan’s shoes are getting ruined! Rained out with no back up plan or back up days to shoot for Wednesdays deadline we felt a bit of pressure.

The rain kept coming and actually ripped the bag Megan was using to carry the shoes and just couldn’t help but laugh at all the silliness. The fact we brought two pairs of shoes that were both getting ruined and the fact that we didn’t even really think about the severity of rain even though we checked the weather forecast. We were just a pair of bumbling babboons.

Megan’s umbrella had broken the day before and she had been wanting to get a duck one from A-Land being the crazy animal lover she is. For some bizarre reason she loves the duck umbrella because she likes that she can mimic pecking things with the duck beak. What a nut. So we decided we were over being outside in the rain fighting over one umbrella and carrying a pair of shoes and a ripped bag. We needed an exit strategy and hyperlapse footage. So, I zoomed into Jamsil Tower and decided we will just zoom into the mall and walk into the store where she will get the duck umbrella. After her purchase she will give it a twirl and we will end at our dinner.

So that’s what we did.