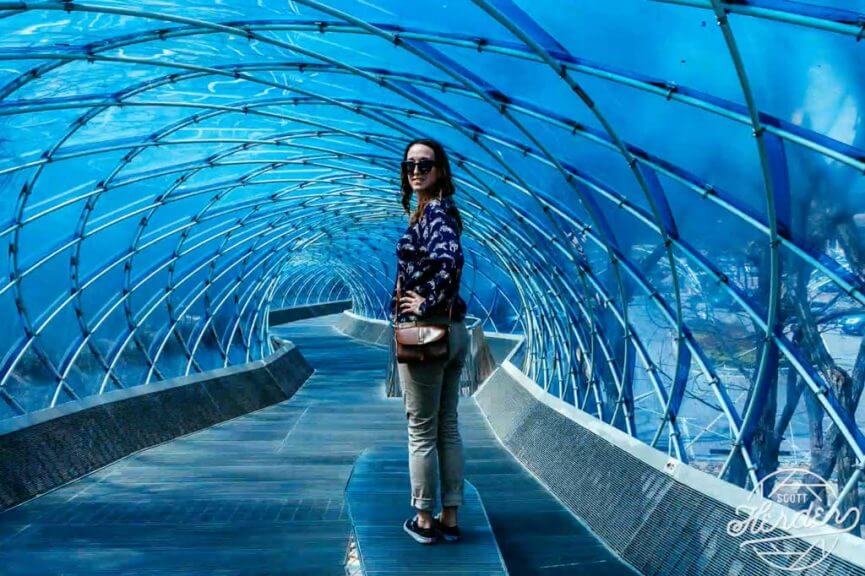 Anyang Art Park is an an open-air sculpture park set in a beautiful backdrop of trees. Nestled in a wooded valley along a rocky river bank in Anyang, Korea.  We thought it would be the perfect backdrop for a video. It was also the last one we shot before I asked Megan to marry me in Hawaii.

You can check out our proposal video here.

Anyang Art Park is a big, wide open area with around 52 quirky pieces by Korean artists. It’s pretty spread out, and actually quite awesome. We’ve seen some great photos of the Art Park on the internet. Our friends, the Hedgers Abroad, told us Anyang Art Park gets beautiful Cherry Blossoms.

Unfortunately, for us we were about a week early as only some of the trees were in bloom. So we ditched the idea of using cherry blossoms as our focus in this video. Instead, turning it into a fun Walk With Us using a few of the many features available at the Anyang Art Park.

Check out the video below. It’s a fun fifteen second hyper-lapse.

We used just three of the art parks features. The auditorium where the video begins.  A installation we are calling the “Wave Tube,” a huge blue tunnel that snakes around. Finally a circular maze of mirrors. The art installations are spread out quite a bit from each other. So we had to use a bit of trickery to make the transition from the “Wave Tube” to the Circular Mirror Statue.

To make the transition smooth we used Megan’s head for the transitions. Once her head would fill up most of the frame we switched locations and tried to match the shot.

The result was seamless in my opinion. Something I now feel confident in repeating and using as a tool in the future.

Anyang Peak – A spiraling observatory that is 141m-high. With panoramic views of the valley. We didn’t know how to incorporate it without the Cherry Blossoms.

Anyang Crate House – A crate house made up of hundreds of German beer crates.

To get to Anyang art park you will want to take the subway to Gwanak station. Here you can either get out exit 2 and walk south towards the river and turn left or make your life easy and take the 3,000 won fare.