Our time in Taipei seemed to just FLY by so fast. We came without much expectations and left feeling like this city is one of the most underrated tourist destinations in Asia.

We seriously had a blast from visiting the old mining village of Jiufen, hiking up Elephant Mountain to get stellar views of Taipei 101 in the rain, petting cats, eating crap at the Toilet Restaurant, and feasting every night in foodie heaven in any of the night markets Taipei has to offer.

Check out our Vlog, that we had WAY too much fun making from our day in Taipei visiting Modern Toilet, trying boba tea for the first time, visiting the FIRST ever cat cafe in the world, and eating around the grand daddy of all night markets, Shilin Nightmarket! 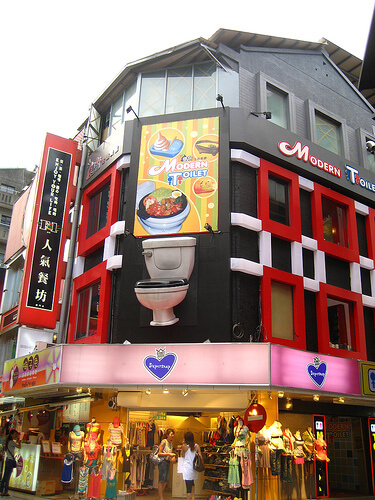 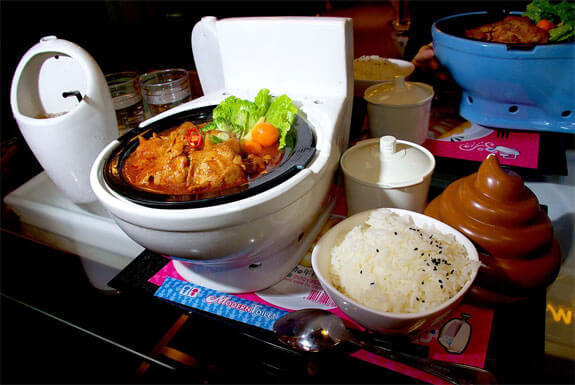 A long, long time ago while watching and wanderlusting over the travel channel I was introduced to Modern Toilet, a toilet and poop themed restaurant. What in the actual f***?

My young, green self felt like I was a world away from anything so wacky and bizarre. At that point I had never been to Asia, where I later learned that poop and toilet humor is not THAT uncommon. In Korea alone we have visited a poop cafe and a toilet museum.

When we booked our trip to Taiwan I decided I HAD to visit Modern Toilet and see this place for myself.

There is a bit of a shock value when you enter, as you may not be surprised as you’re surrounded by toilets and poop everywhere. From the lamps, seats, dishes, bathroom sink, and even ice cream you will be surrounded by feces and porcelain pots every corner of the restaurant.

The food is mediocre, but it’s more about the experience rather than the actual meal. Be prepared though, you can’t just show up for a chocolate soft serve coil served in a urinal dish, there is a limit to how much you have to spend to stay and enjoy Modern Toilet. But don’t worry, each customer is required to spend 90 NTD which is just over $2.

I first heard of bubble tea when we were still living in California. When I heard that the tea included chewy tapioca balls I really became uninterested in trying what I thought was a food fad.

Fast forward a few years later and upon hearing we were visiting Taiwan, everyone would tell us, “omg you have to drink all the bubble tea you can get your hands on!”

So when in Rome, right?

This vlog captures my first bubble tea experience ever. I sucked a bit too hard on my first sip and got about 20 bubble balls in my mouth which surprised me. I couldn’t stop giggling, I felt as if something or someone was tickling the inside of my mouth.

Needless to say, bubble tea ended up being a hit and we each got at least one day there on after!

The First Cat Cafe Ever 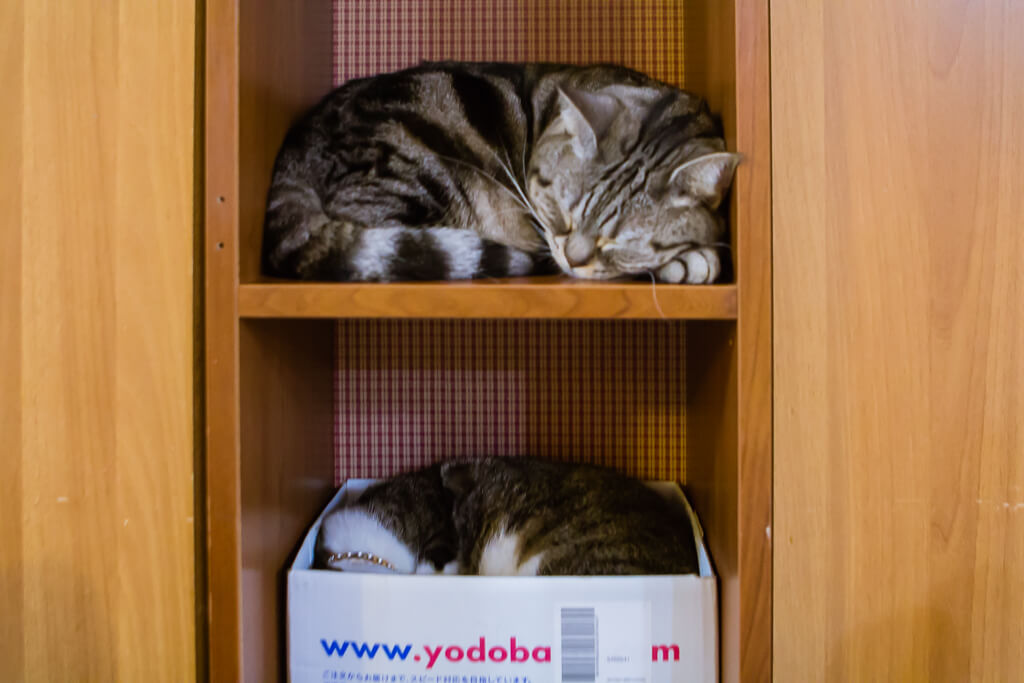 The first cat cafe in the world opened in 1998 in Taiwan. At the time, this genius business was called Cat Flower Garden and was notorious for attracting Japanese tourists. Today, the same cafe is now referred to as Cafe & Cats 1998. Don’t let the name fool you though, they are not just about cats, the cafe also has two dogs and a bird to keep you company as you sip your cup of joe.

After coming from Japan, where I met the cat nazi who really didn’t want people to pet or touch her cats in her cat cafe, I ended up being really surprised with how laid back and relaxed the vibe was here. Not only did all the cats seem happy, but you could pet and pick up all the animals.

There were no time limits and no admission fees. The only requirement was to buy at least one drink, which included beer!

I was unsuccessful at finding the oldest OG cat in the house, I believe he was sleeping in a box on the top shelf of the cat’s glass boxed in area. This area was a place where the cats could go if they were sick of being pet or touched and be left alone.

If you’re a cat lover and end up in Taipei, be sure to visit the original cat cafe! 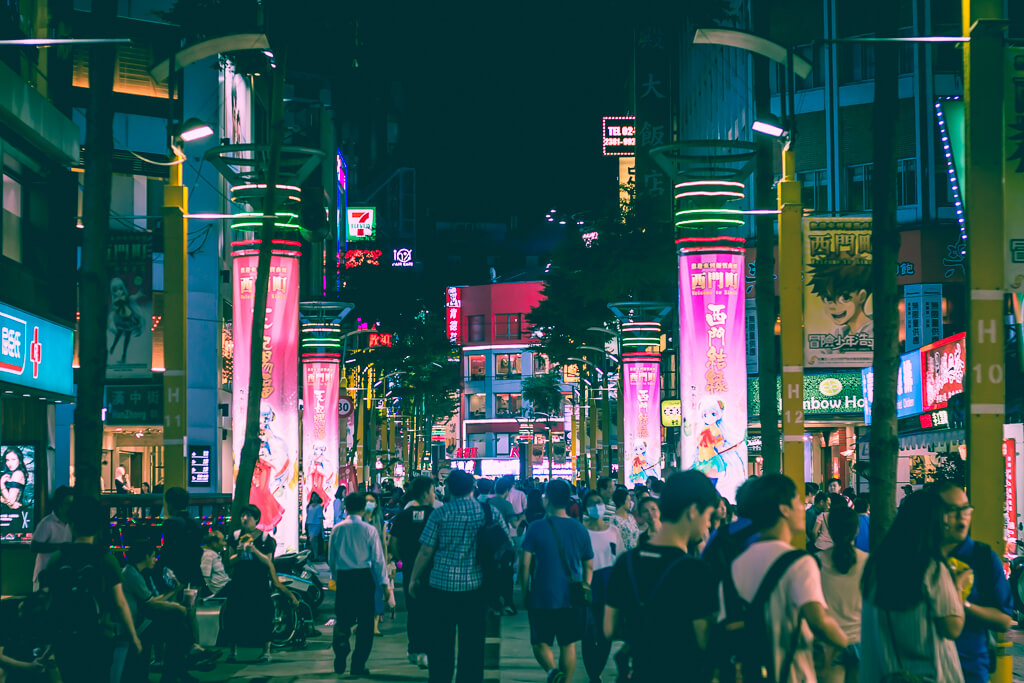 We end our day at the mac daddy of all night markets in Taipei, Shilin Night Market. Be sure to come with an empty stomach and explore all the stalls to make sure you try everything you want! Bring a friend so you can sample more food. You will be in FOOD HEAVEN!

Shilin is considered the largest and most popular night market in Taipei. But don’t let that deter you from going. If you only have time to visit one night market, Shilin should be the one, even with the crowds.

Enjoy feasting and when you need a break you can play games or shop!

If you want to learn more about Shilin and other night markets to visit in the city, be sure to check out our post on Taipei’s night markets.

Tell Us What You Think

We enjoy making videos and love including them on the blog. We are always looking for feedback from our readers, so if you have any ideas, suggestions, questions, concerns, criticism, let us know!