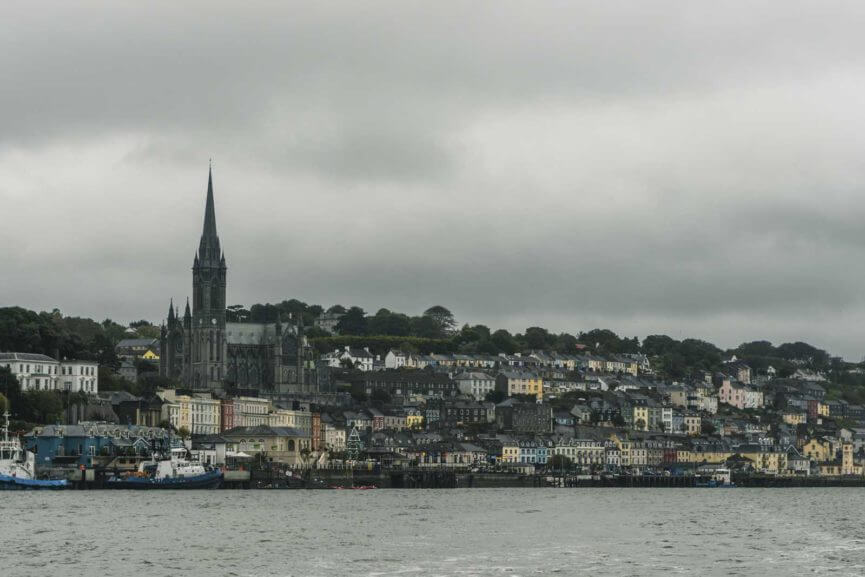 Located on the off the coast of Cork is the beautiful Cobh, Ireland. This incredible island feels a bit different from the rest of the country and for good reason. There are so many things to do in Cobh, from learning more about the infamous Titanic to Cobh’s prison, you can spend some time getting to know a more unique part of the Emerald Isle. Check out all our picks in this guide!

8 Things to Do in Cobh, Ireland

1. Learn more about the Titanic’s history in Cobh, Ireland 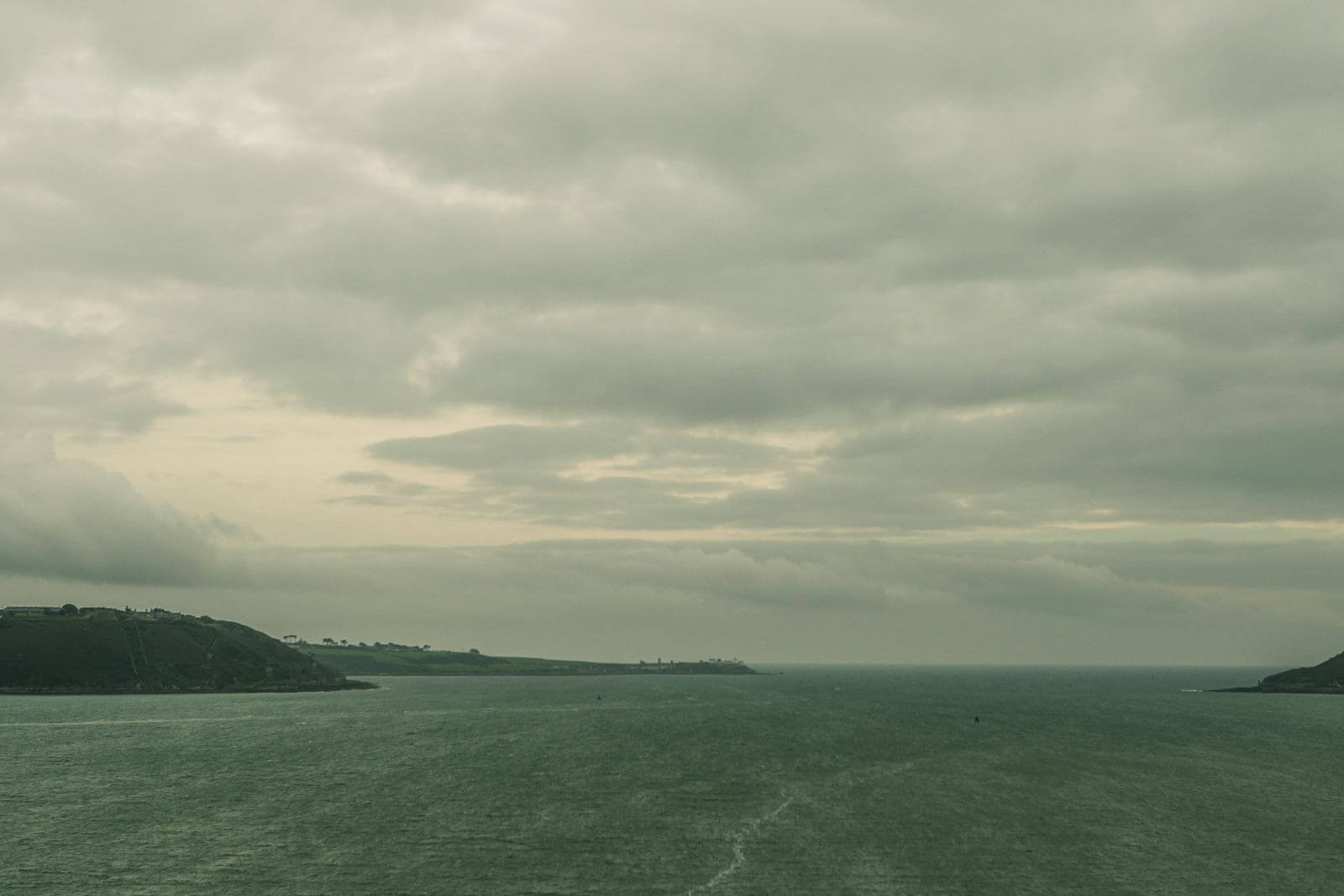 The Titanic was parked off in the distance in Cork Harbor with small boats bringing the last passengers to the ship.

Cobh, formerly known as Queenstown from 1849 to 1920, was the final stop and last port of call before setting sail for New York. We all know how that story ends. Of the 2,400 plus passengers on the Titanic, only 123 of them were from Cobh.

Today you can visit a Titanic memorial garden or visit the Titanic Experience in Cobh, Ireland. The experience uses state of the art technology, including touch screen displays and holograms, to bring the tragic story to life for visitors while remembering those lives that were lost.

You can also walk the Titanic Trail which takes you through the streets and buildings that the final passengers walked onto the pier that took them to their final days. 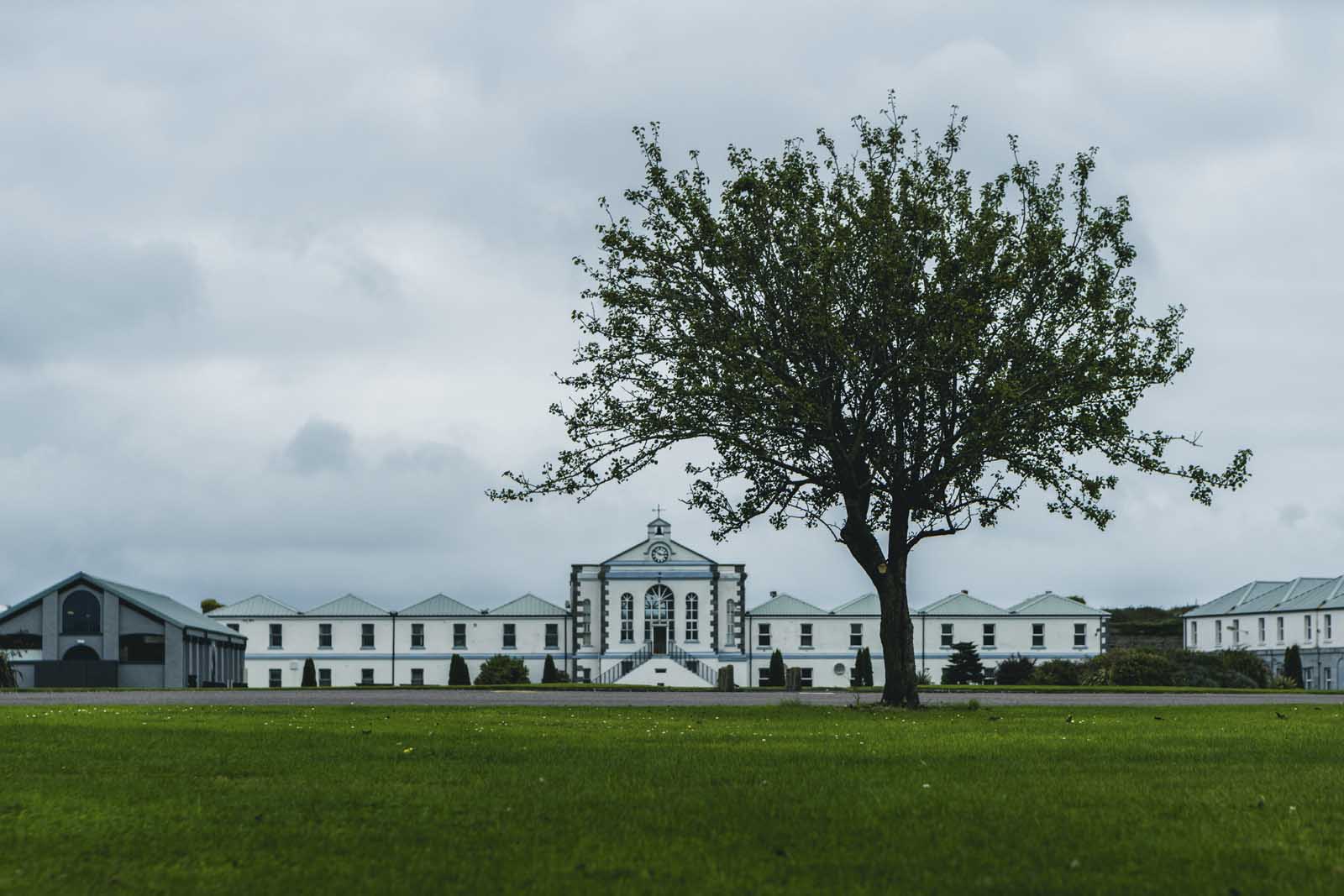 Before coming to Cobh, Ireland, we thought Alcatraz was the only prison island. Little did we know there are quite a few around the world, as Smithsonian Magazine points out, and they didn’t even include Spike Island in Cobh. That leaves us wondering how many there actually are! 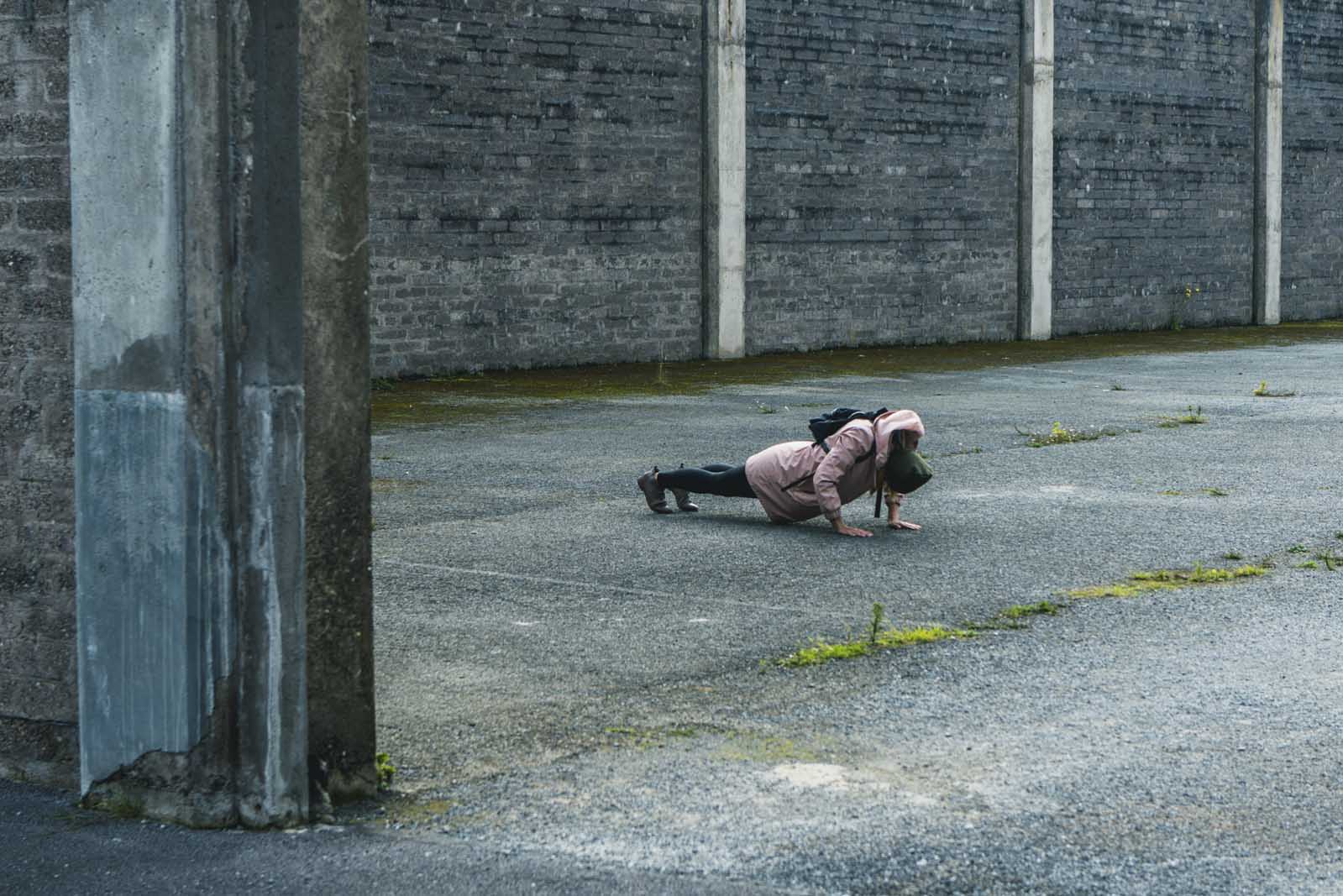 Now a tourist attraction for those interested in the prison years of Spike Island, visitors can explore the grounds and learn about the history of some of their famous inmates as well as the big uprising that took place here. There are interactive movies and exhibits as well as stories from some of the famous people who once were kept here.

The island was used to send serious criminals and convicts, including any rebels from the IRA during the Irish War of Independence.

What was most interesting for us to learn about would be the riots caused by inmates when they successfully set some of the dorms on fire in 1985. It did come to a peaceful end, but you can still read the timeline of the entire riot unfolding. We were mostly crious about the photos on display from the riot because it looked like the inmates were wearing casual clothing, not uniforms. 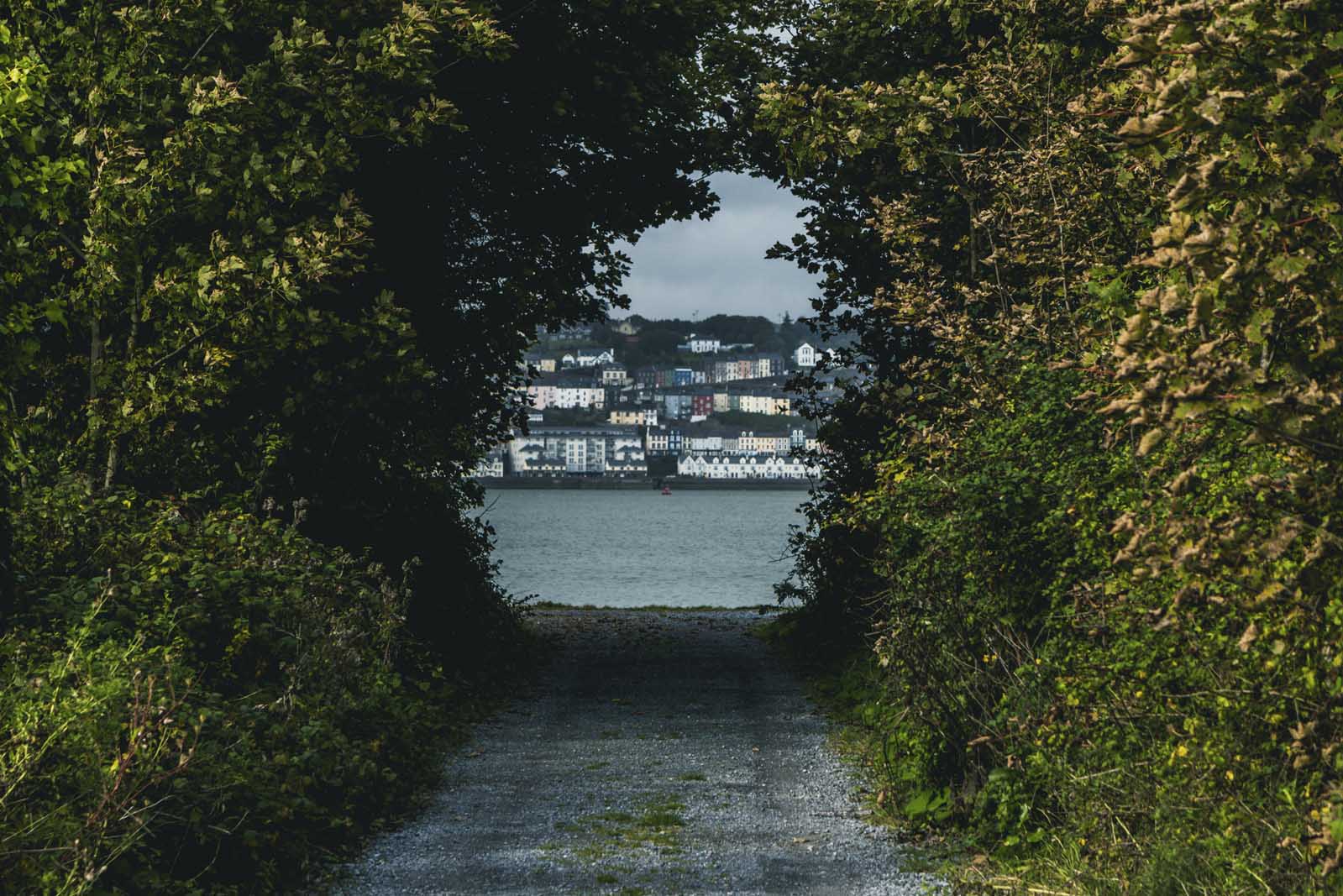 For anyone visiting Cobh Ireland, be sure to block out 3 hours to visit Spike Island, it has won awards and has tons of great reviews. 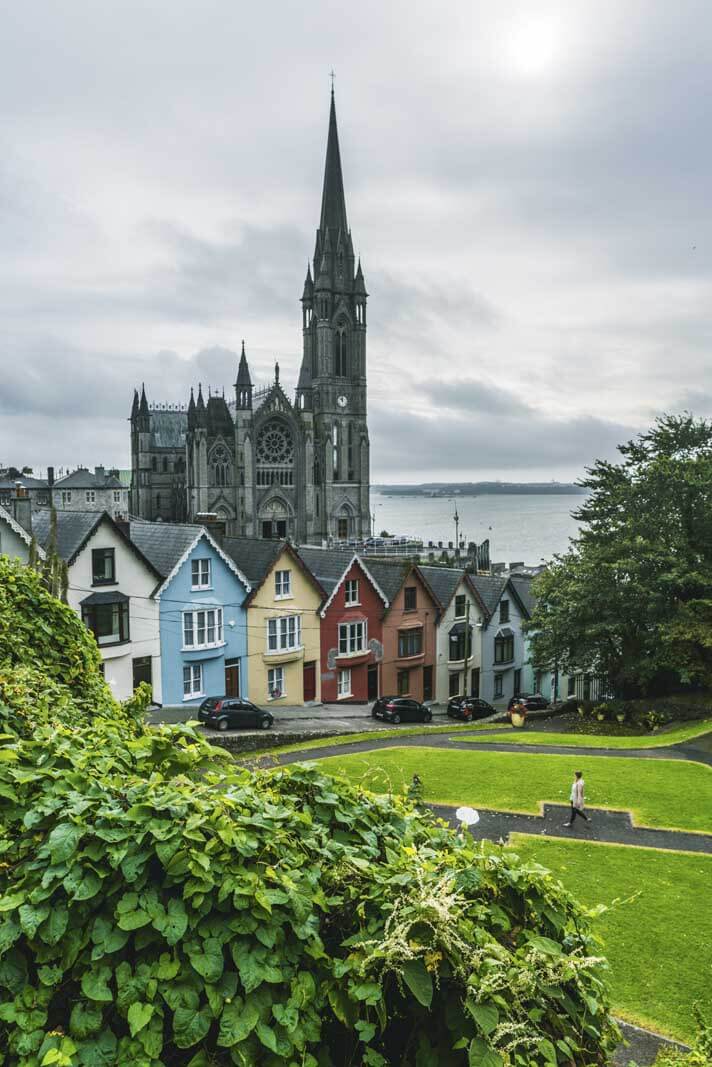 We love referencing San Francisco’s painted ladies when we find a row of colorful homes when we travel as we already did in Telc, Czech Republic. However, we were surprised to find Ireland also has it’s very own set of painted ladies here in Cobh known as the “Deck of Cards.” 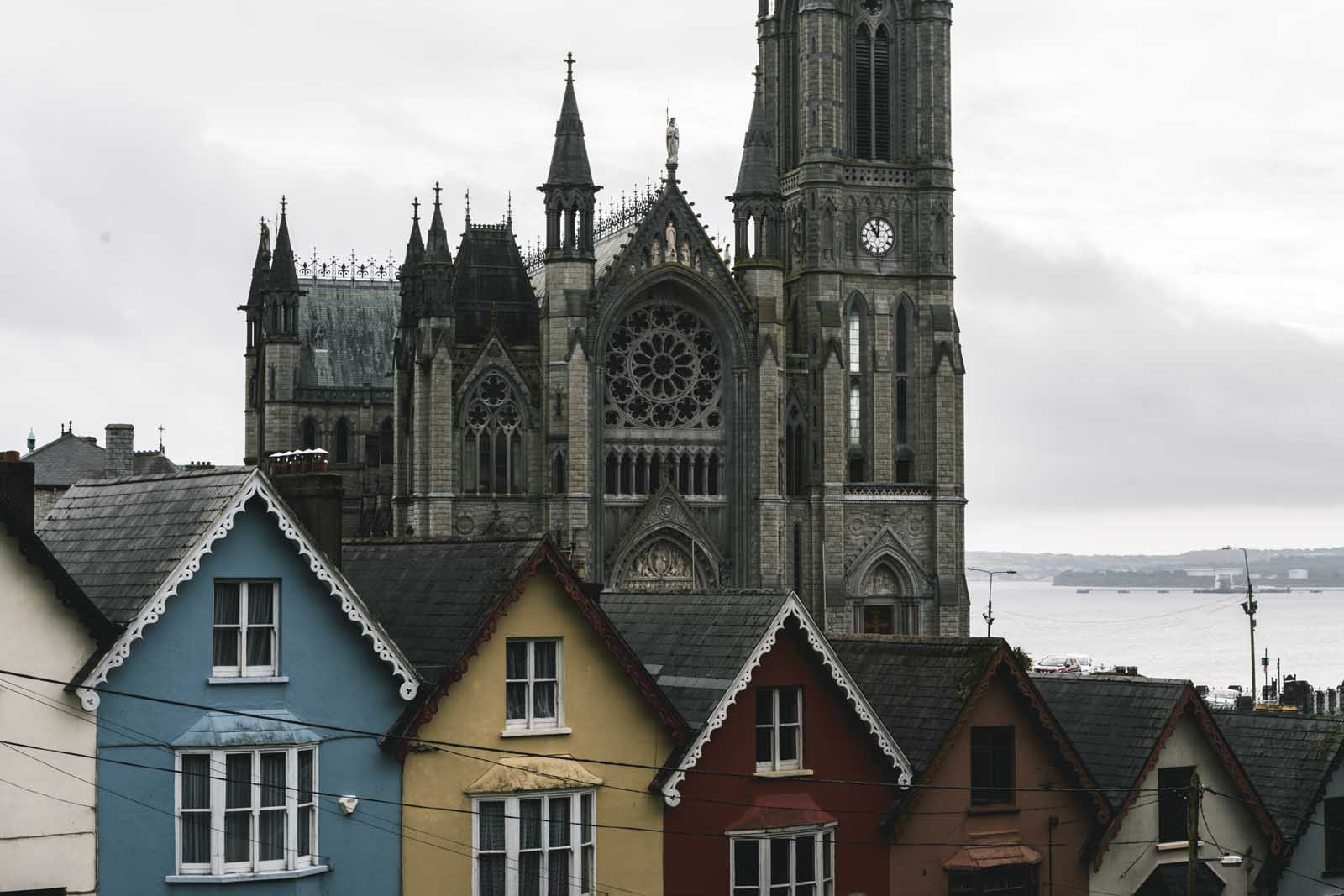 This adorable row of houses makes for a picture-perfect setting, especially with the backdrop of St. Colman’s Cathedral and the harbor. 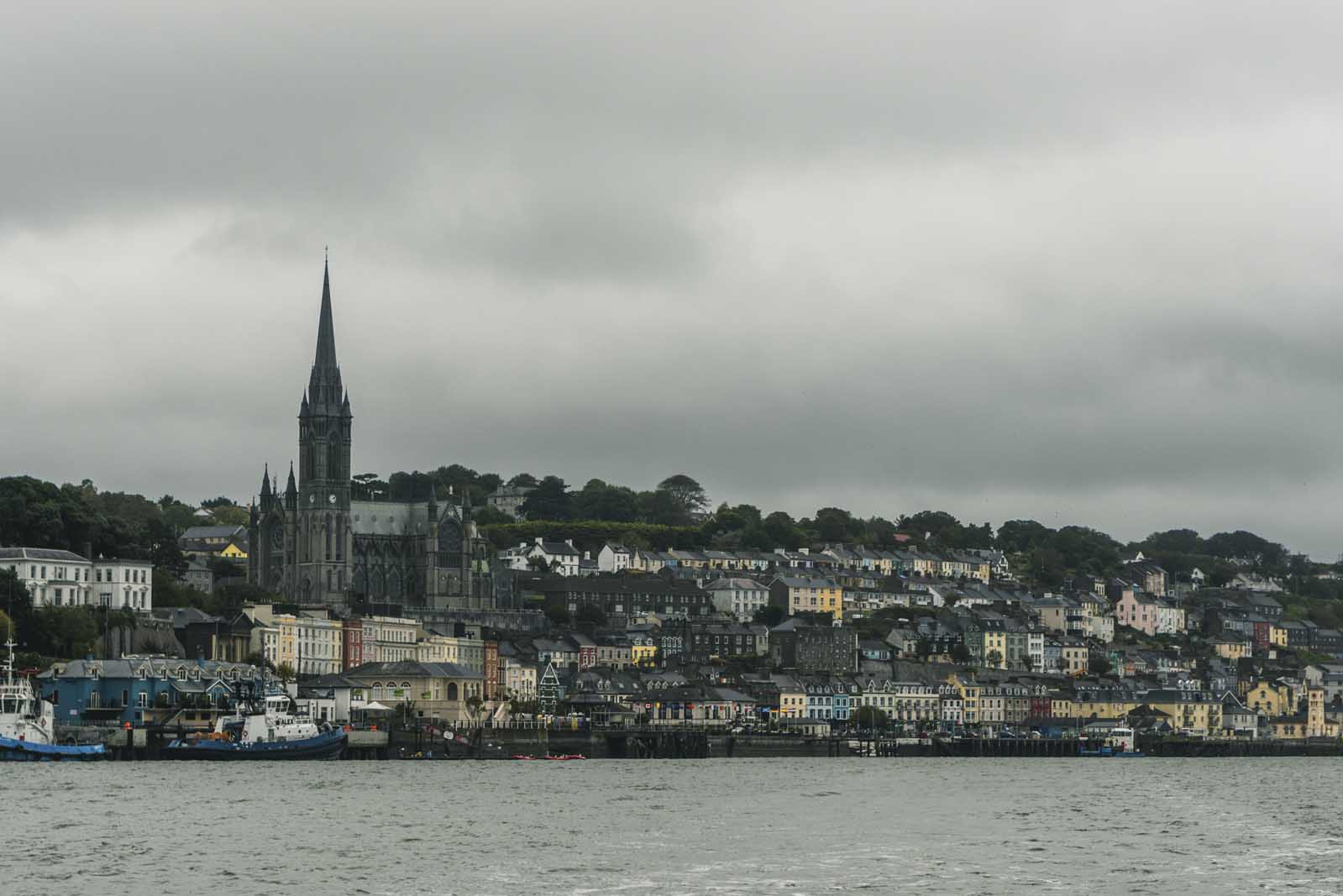 Locals are proud to say that Cobh, Ireland is home to the 2nd largest natural harbor behind Sydney. Or, so they say. After doing some digging it looks as though Cobh may not actually have the world’s 2nd largest harbor after all. But I am not going to be the one who bursts anyone’s bubble.

Whether or not this claim is true, the harbor is actually quite large. After taking a short boat ride over to Spike Island we really were able to see the size. So, regardless of titles, the harbor here is impressively large. 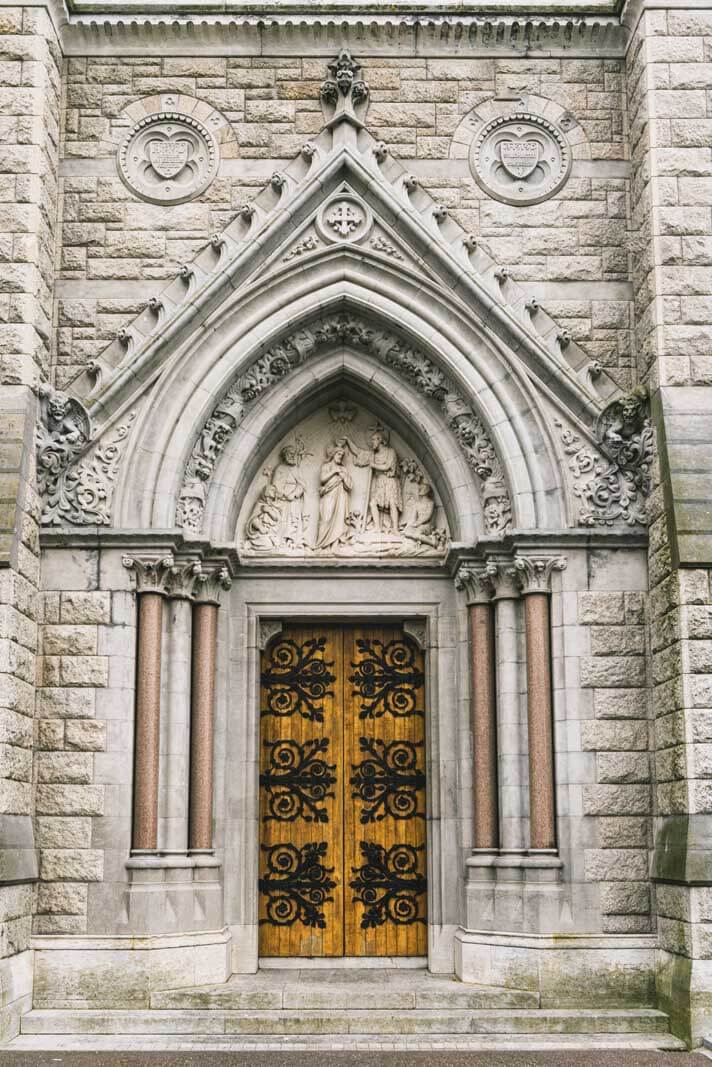 The centerpiece of Cobh Ireland would be the magnificent and enormous cathedral that steals the skyline in this seaside town. St. Colman’s Cathedral is a Neo-Gothic church that took 47 years to build! The spire and bell tower soar at 100 feet making it the largest in the country. 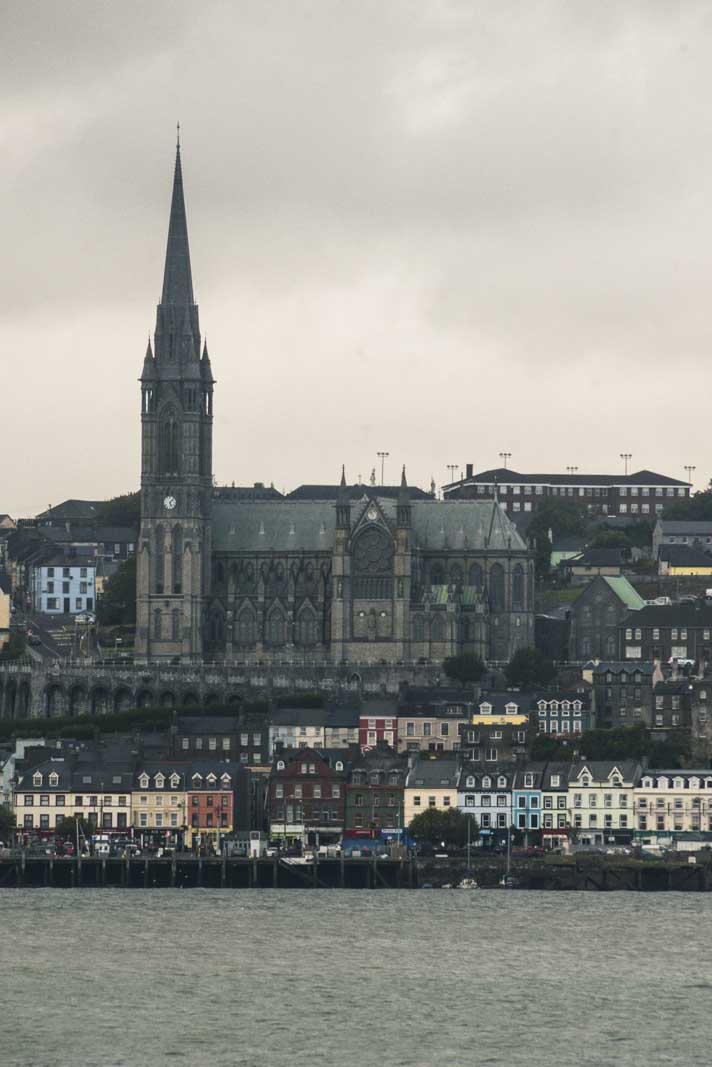 Visitors can normally take a look inside. Sadly there was a funeral in procession at the time of our visit, so we, obviously did not go in. Even then, the Catholic cathedral was easy to admire from the exterior. 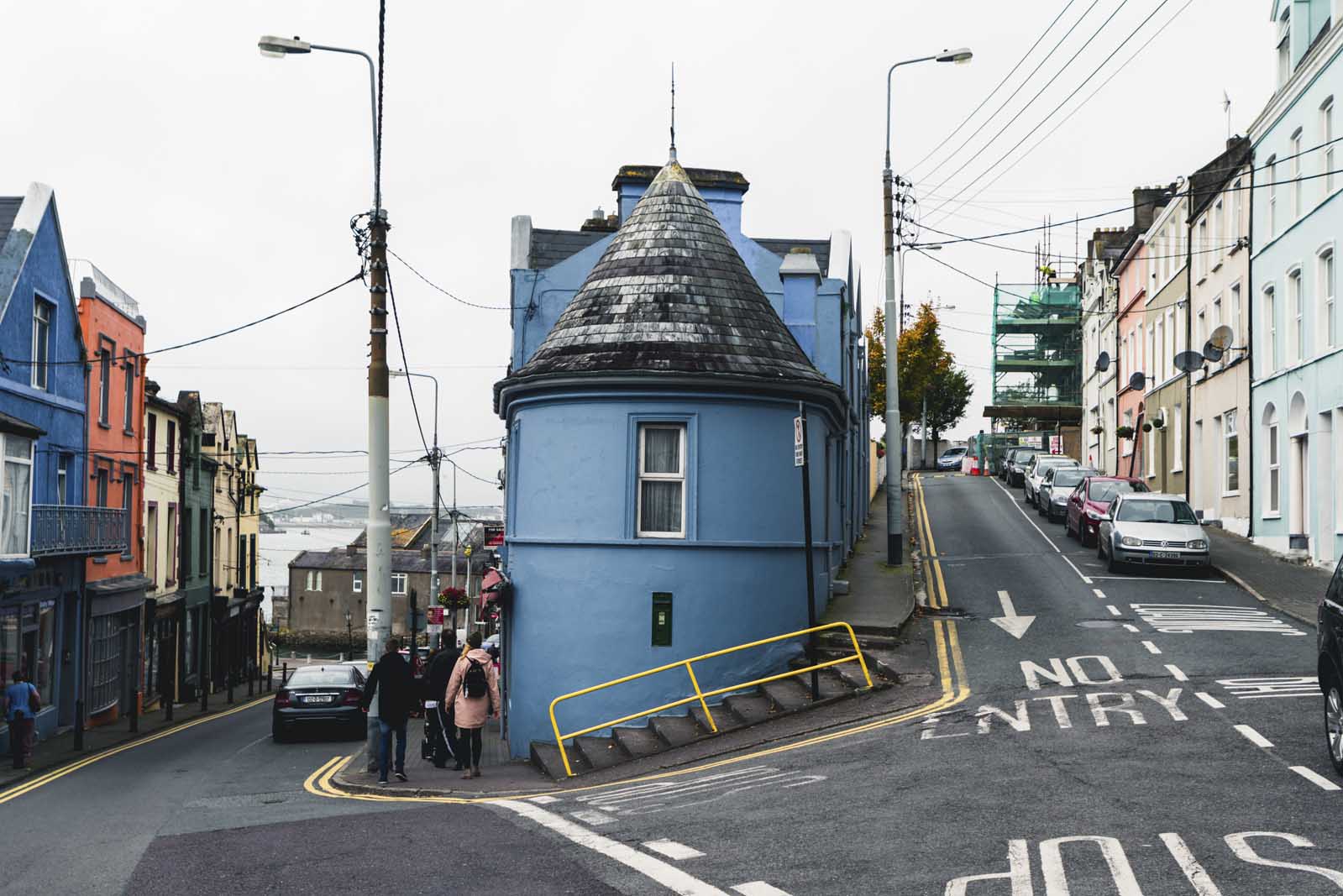 One of the best things to do in Cobh, Ireland is to learn more about its history! Besides being the last port of call for the Titanic, the island has plenty of fascinating stories to tell. From Irish Emigration to the famous sinking of Lusitania in the harbor, you’ll learn a lot. You can learn about it in the Cobh City Heritage Center.

The center is located in a beautifully restored Victorian railway station and gives visitors a history breakdown with exhibits on the Titanic, Lusitania,  Emigration, the local maritime history, and the Irish famine. Also, if you have any Irish in your blood you can explore your genealogy here. 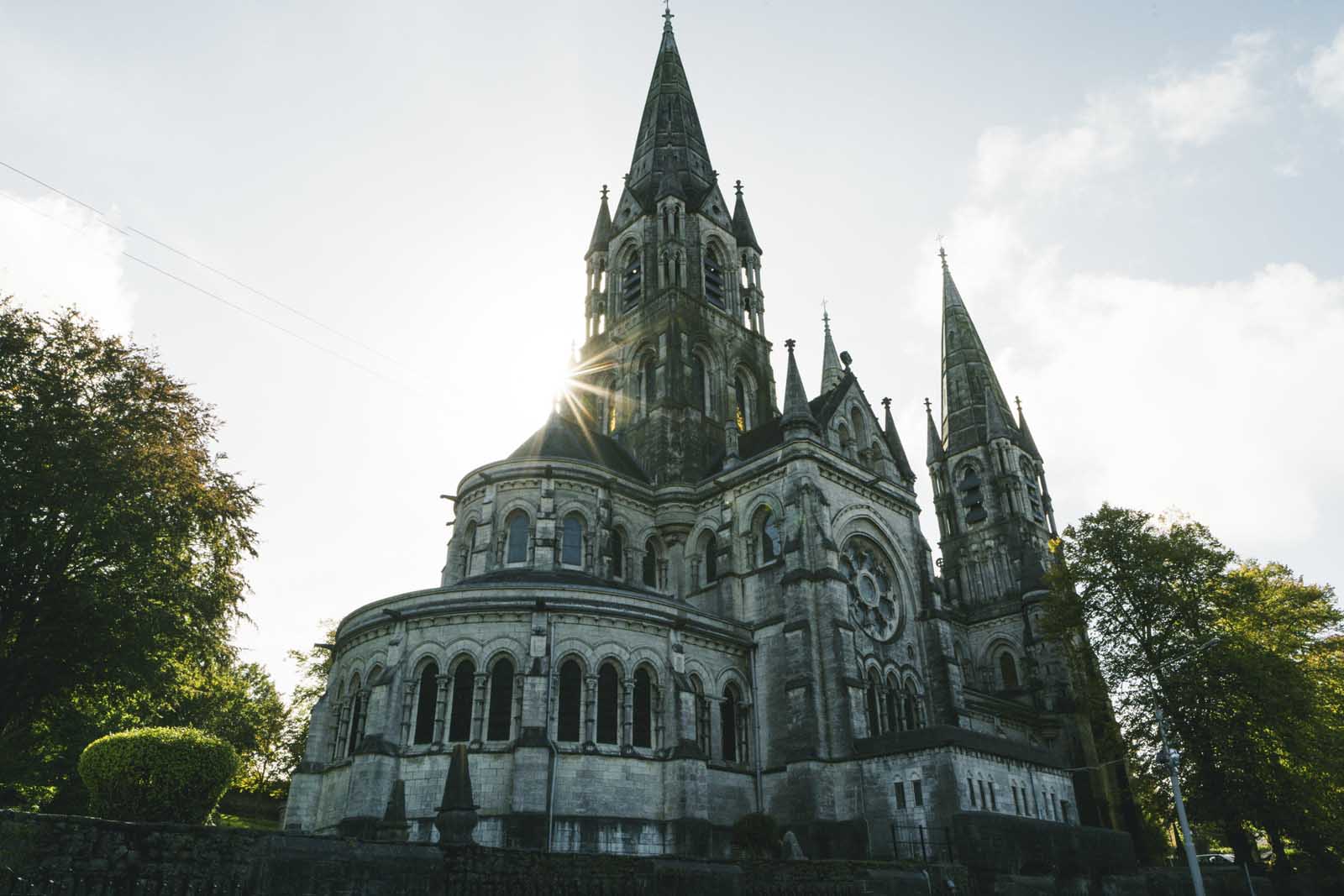 Cobh Ireland is actually an island in the Cork Harbor. Where we were most fascinated with Cobh, Cork also has a lot to offer.

From the fantastic shopping on Merchant’s Quay, the AMAZING array of food in the English Market where Queen Elizabeth visited, the incredible St. Fin Barres Cathedral and the zen labyrinth, to fantastic craft beers at Franciscan Well. 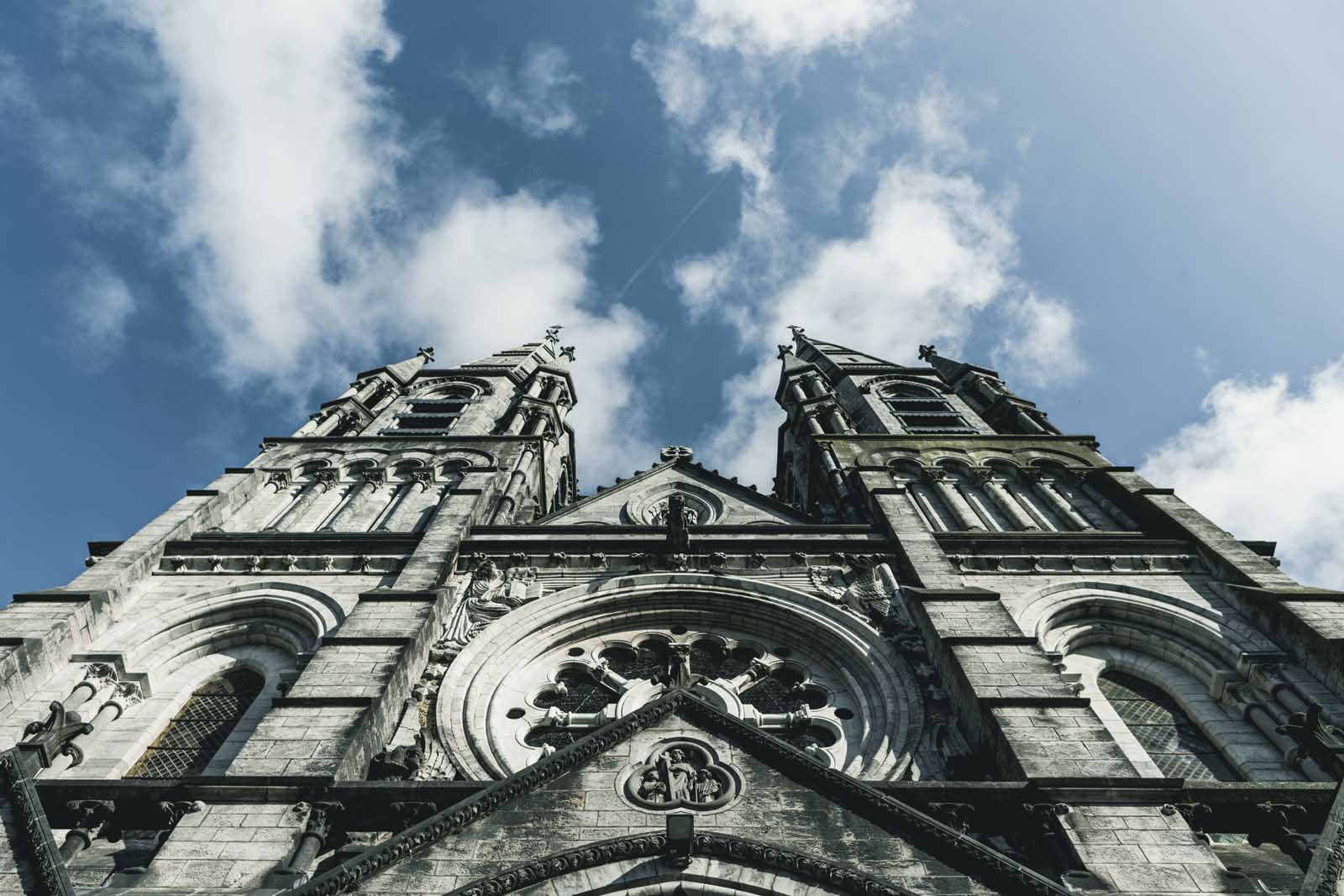 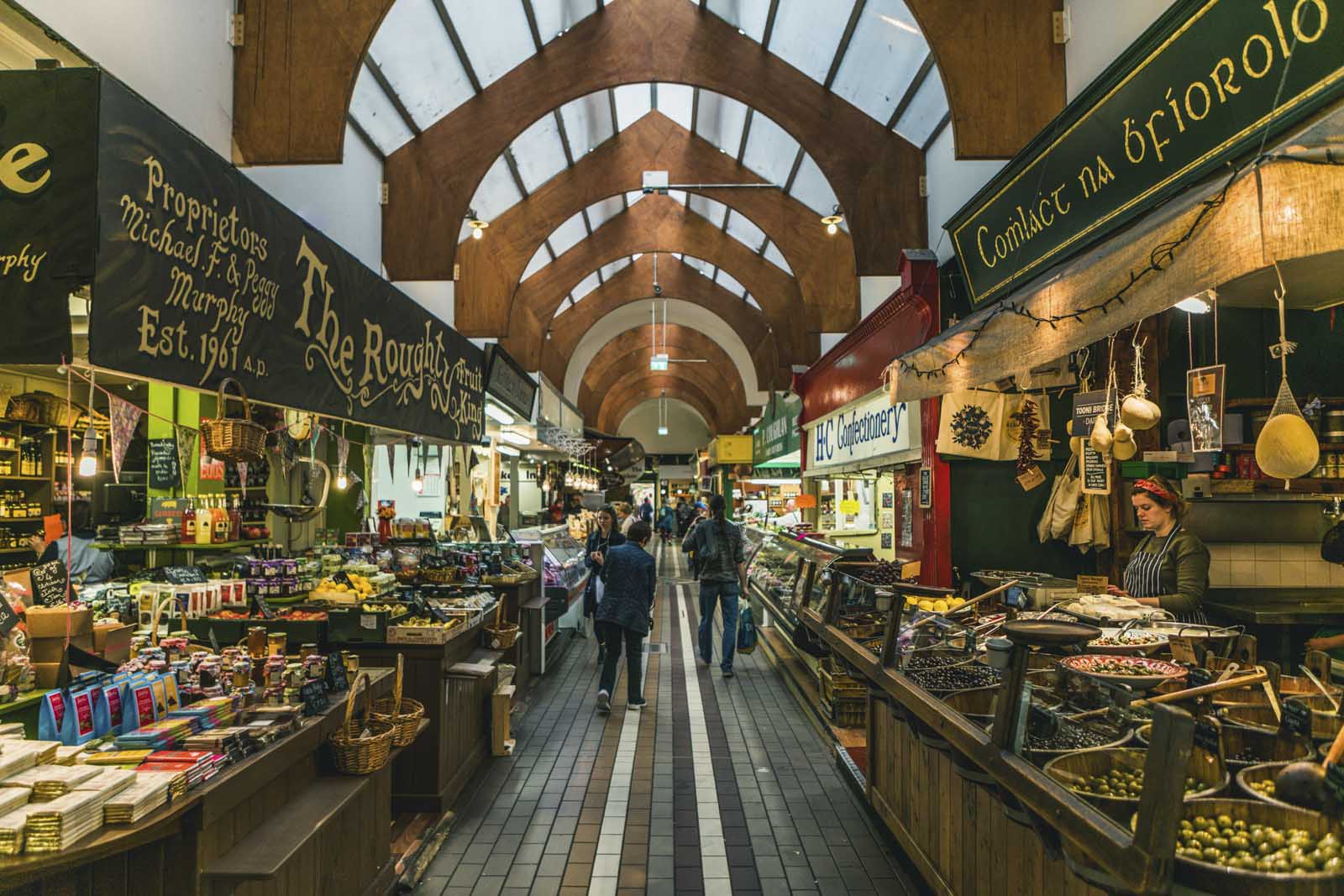 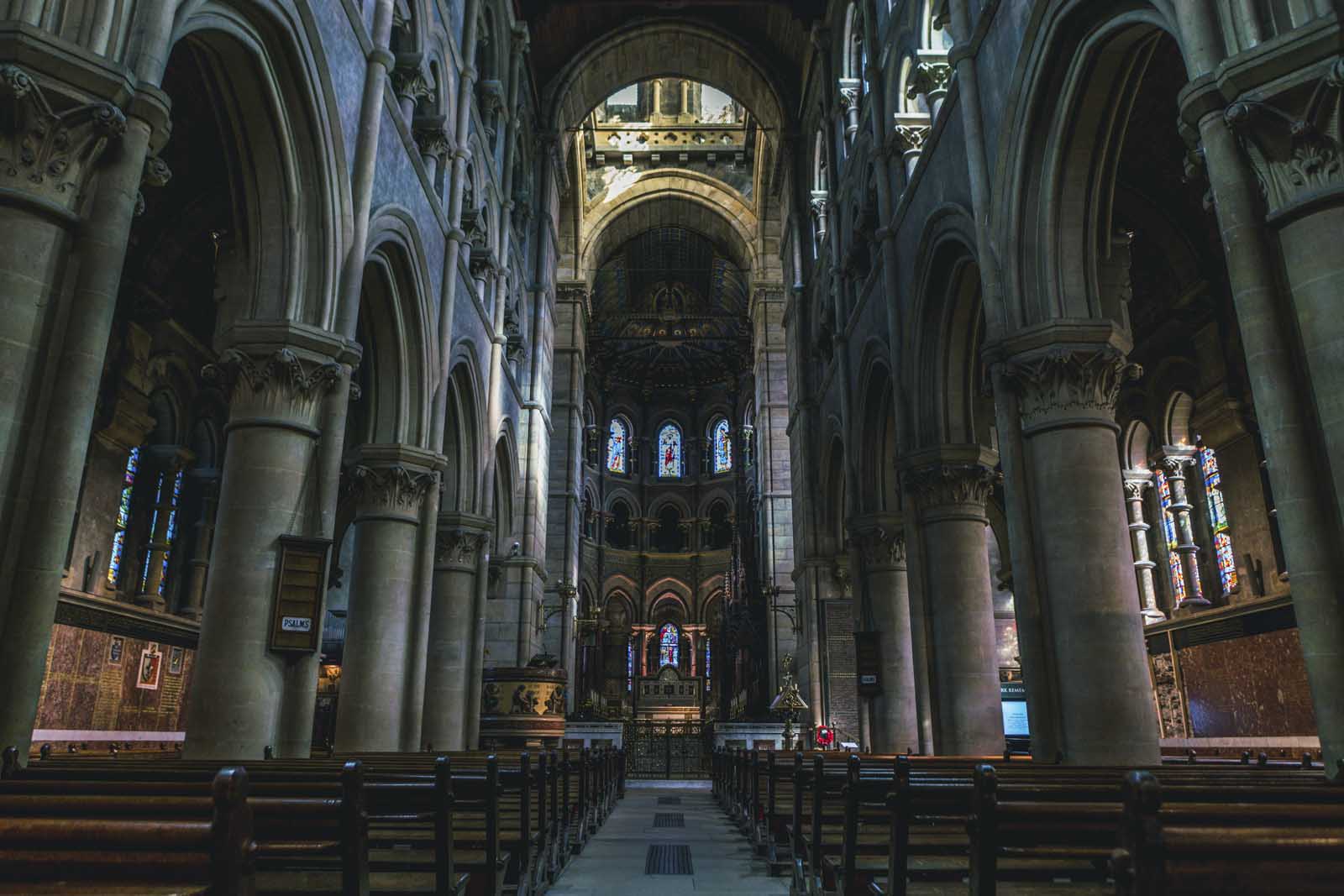 You can easily spend an entire day here and we recommend doing so when you visit Cobh. 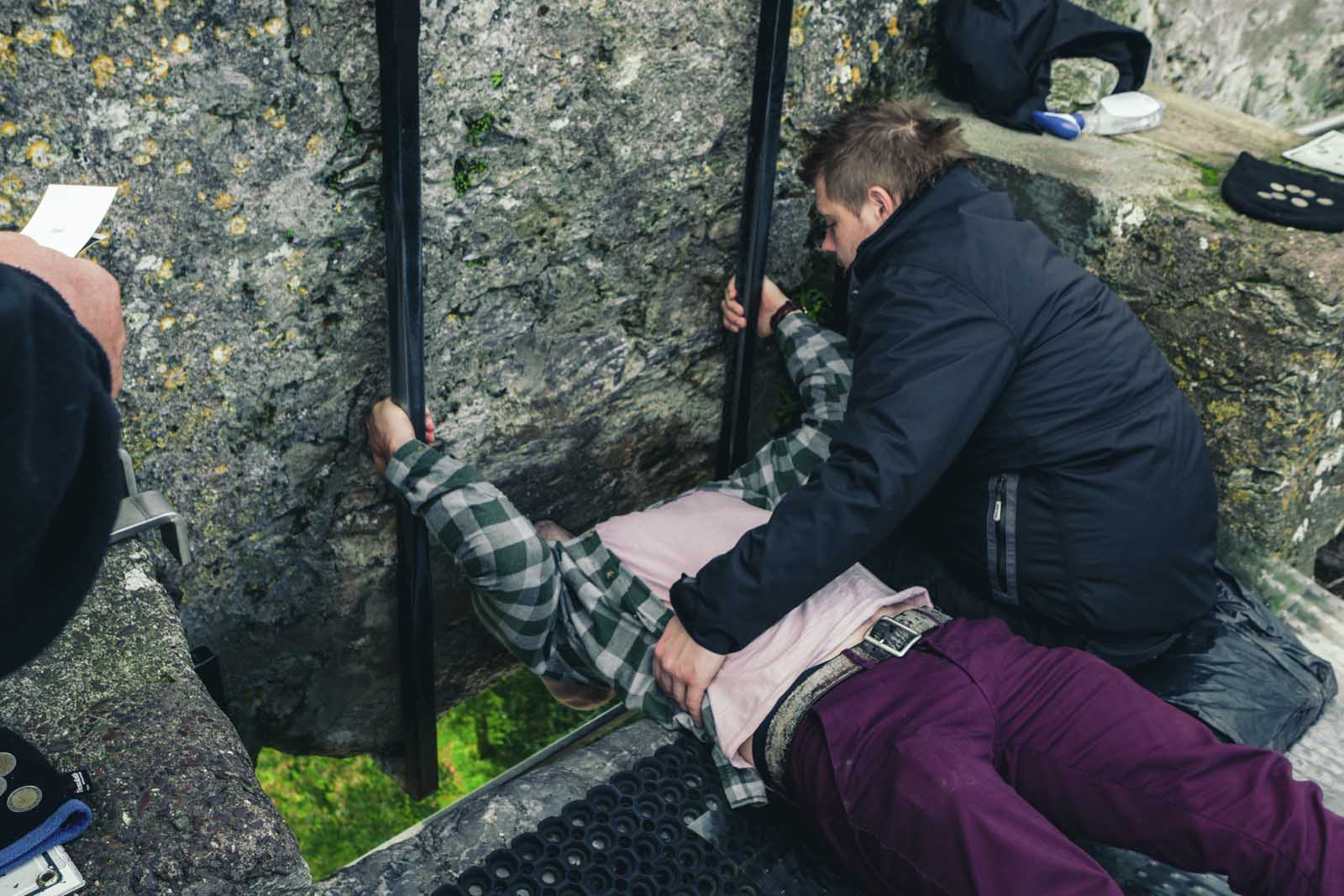 Nearly a half a million tourists per year flock to the Blarney Castle to give the famous Blarney Stone a kiss. Why you ask? The famous stone, which was a gift from Robert the Bruce of Scotland in 1314, was declared it had magical powers from a witch. Legend said anyone who kissed the stone would acquire the gift of eloquence.

Whether or not we now have the gift of eloquence after smooching a dirty stone while hanging off the top of a medieval castle, visiting Blarney Castle is a must. The castle is in partial ruins but is preserved enough that some rooms are accessible by foot, including making the climb to the top for the kiss. 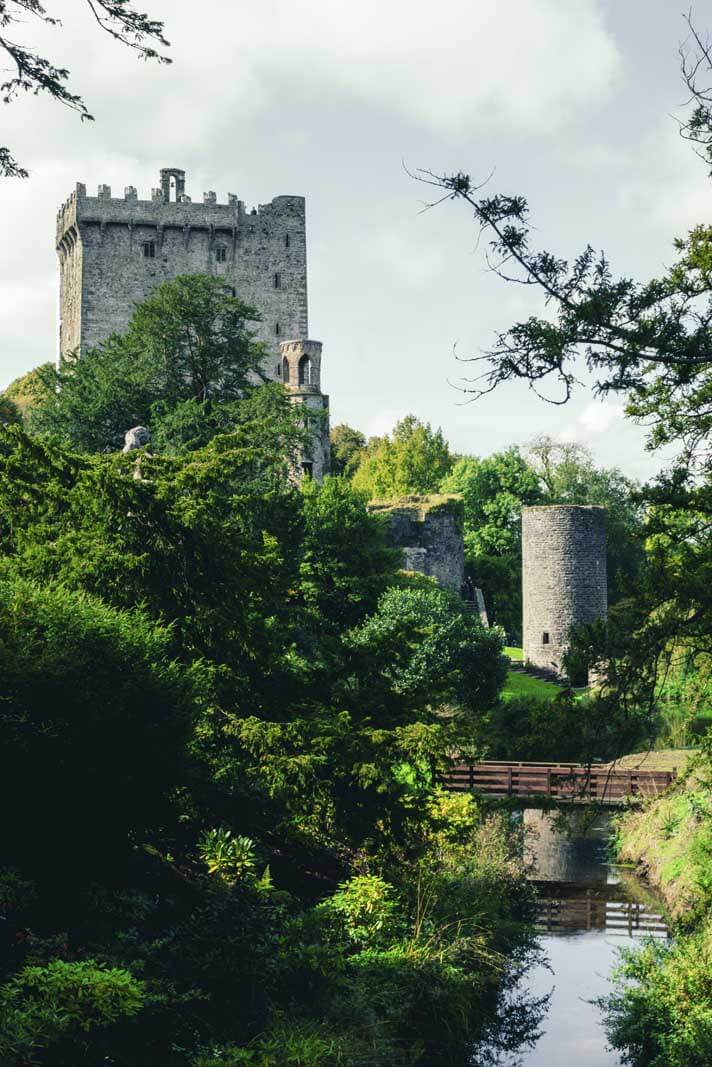 Besides exploring the castle, you can check out the grounds surrounding the castle including gardens, waterfalls, and beautiful flora and fauna. There is even a poison garden full of poisonous plants and descriptions of how the poisonous plants have been used for medicinal reasons and or sinister reasons! Some of the plants in the garden are rather surprising and common plants you see on an everyday basis. 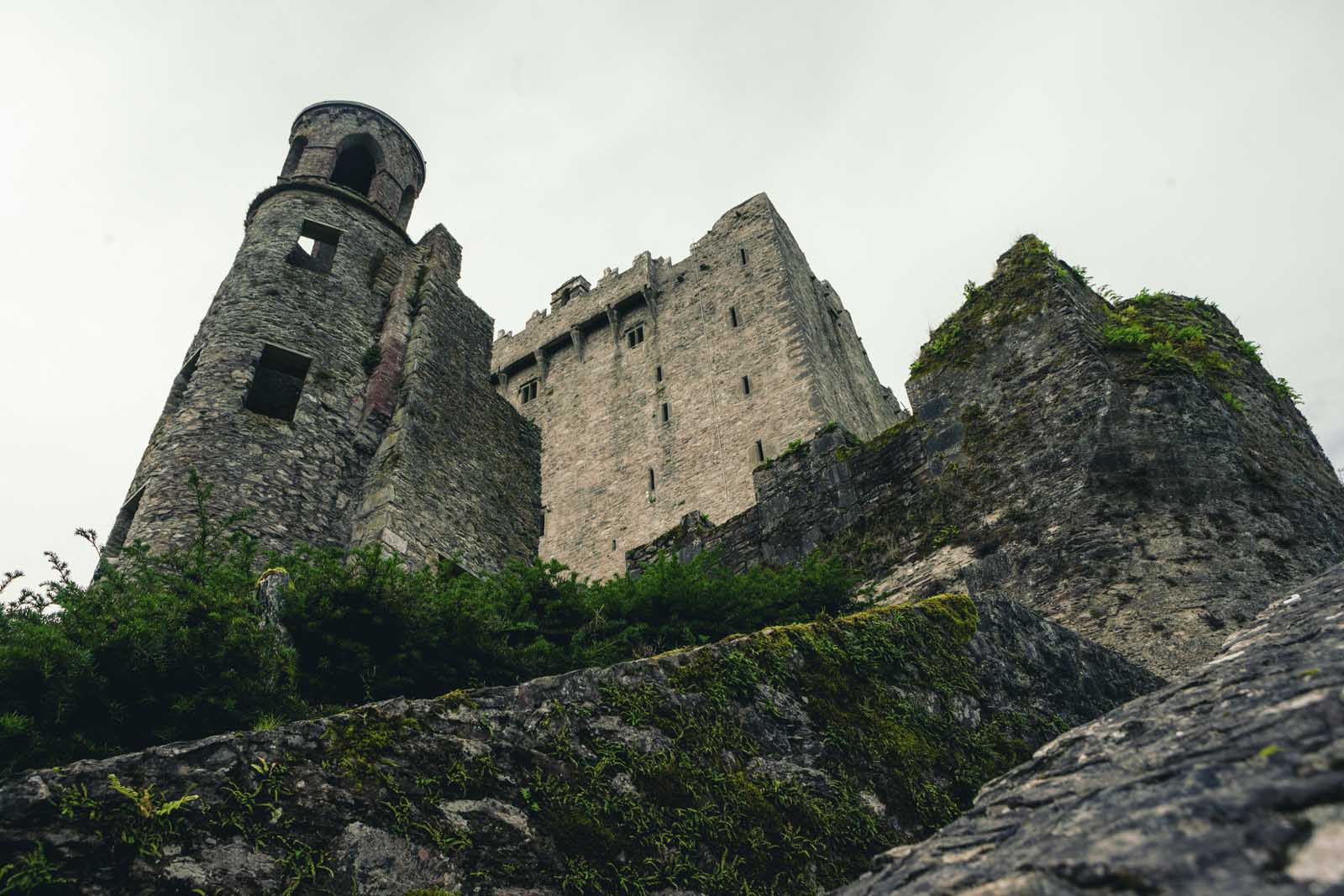 You can easily spend a few hours here, especially if you take the time to walk the grounds and enjoy the waterfalls and gardens. This one of the coolest things to do in Cobh Ireland. 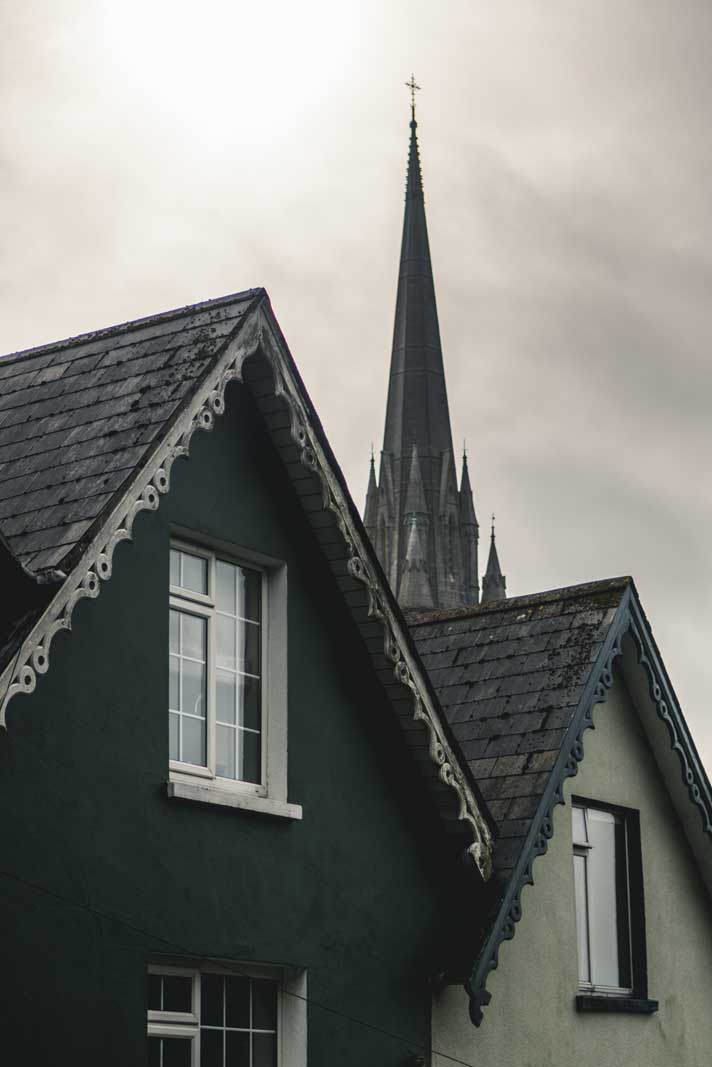 A special thanks to our friend Mark, who we met and trekked with on the Poon Hill Trek in Nepal for showing us around his hometown! We love meeting back up with friends we make on the road plus get to see the best of an area with an actual local! 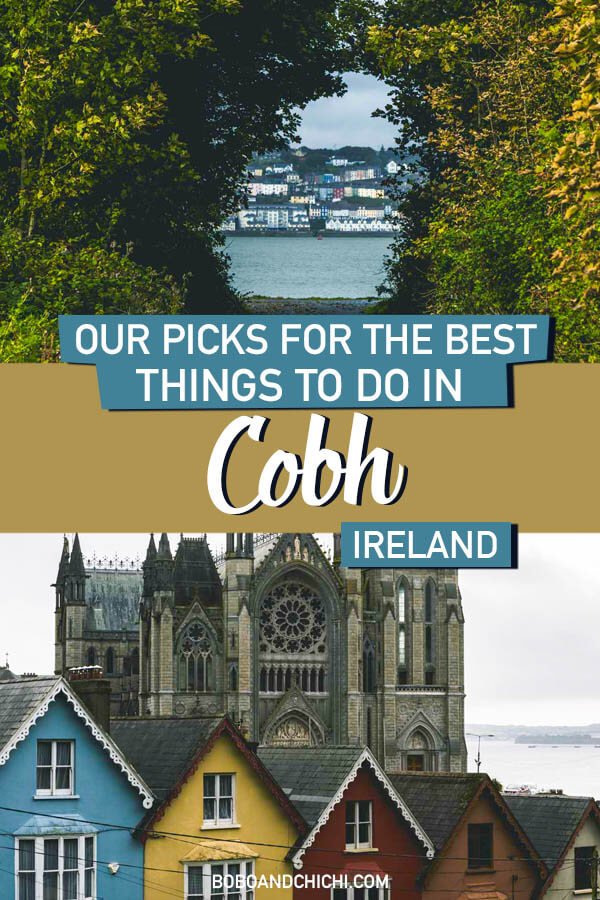